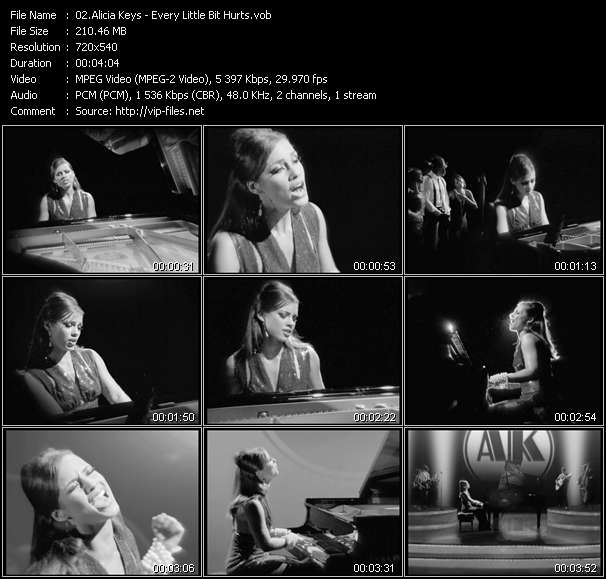 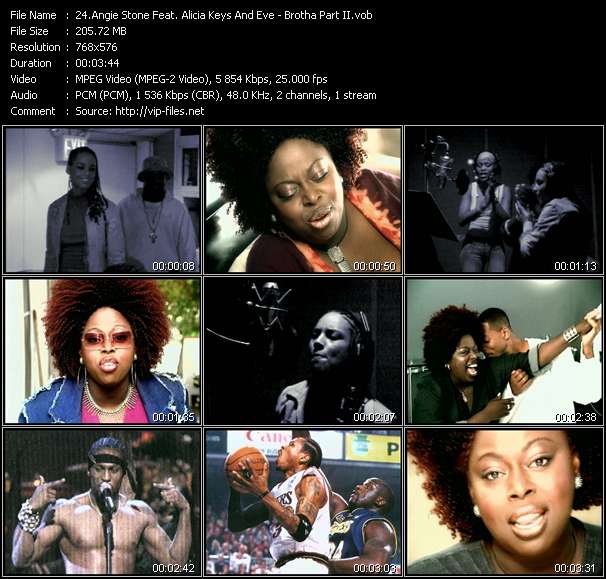 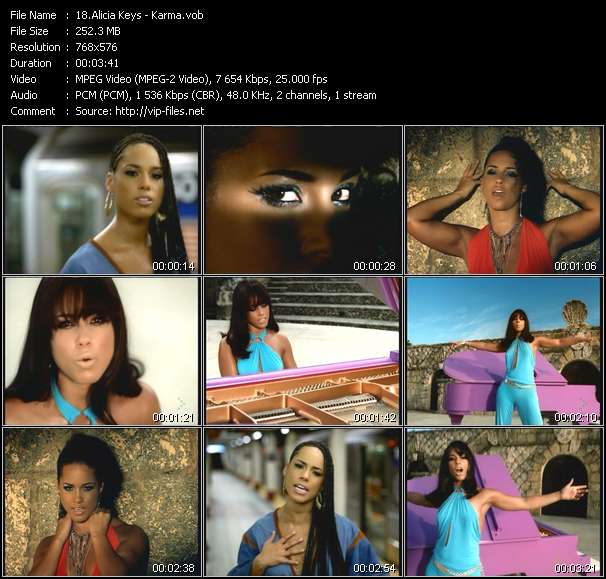 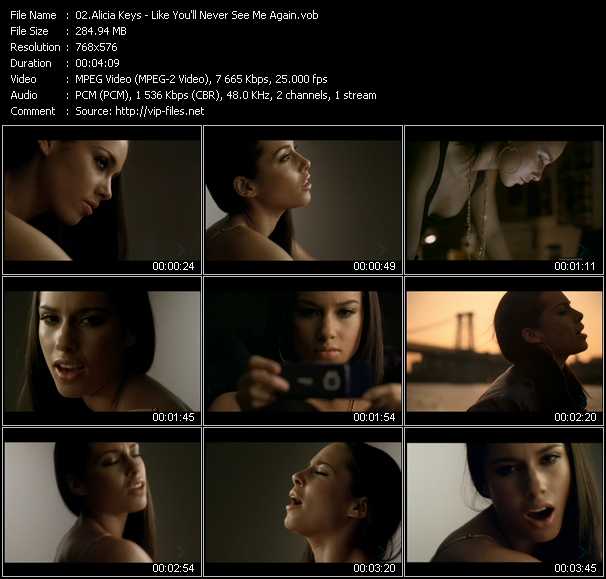 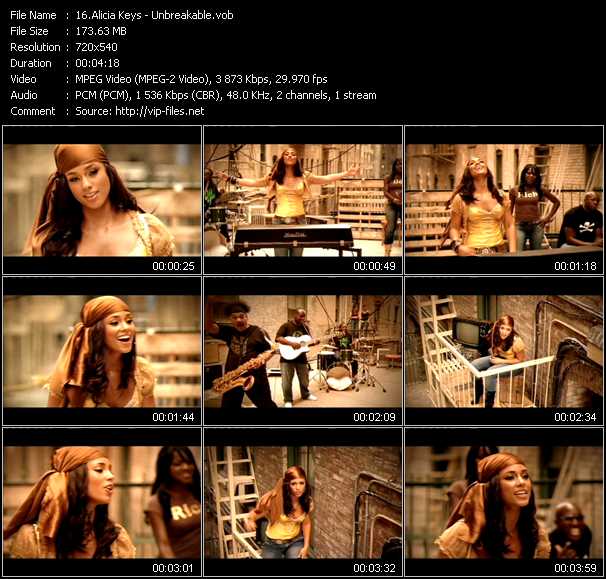 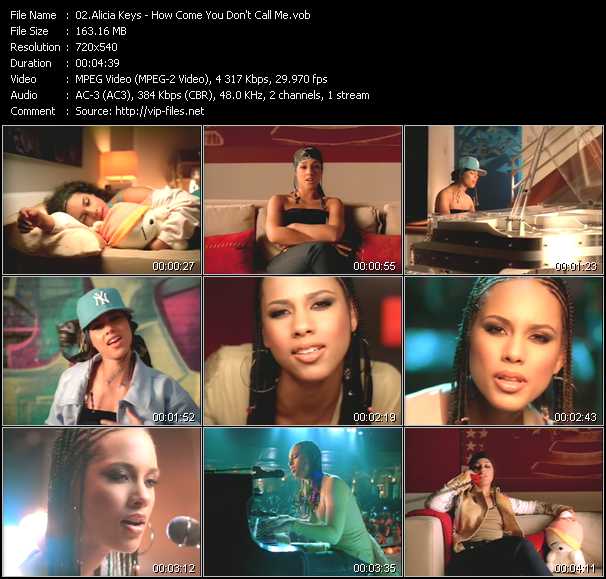 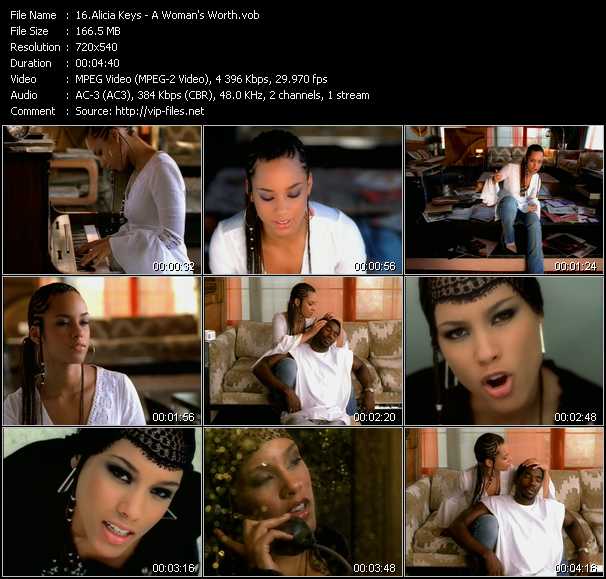 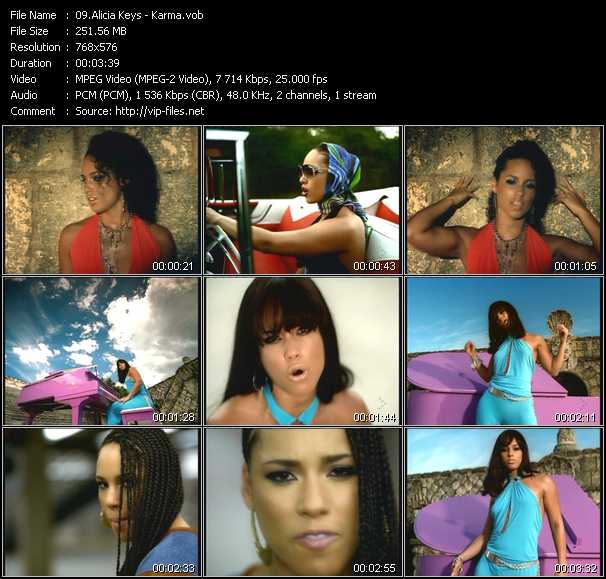 Alicia Keys music video How Come You Don't Call Me

Alicia Keys music video No One

Alicia Keys music video If I Ain't Got You

Alicia Augello Cook (born January 25, 1981), known professionally as Alicia Keys, is an American R&B singer, songwriter, pianist, record producer, and actress. Keys released her debut album with J Records, having had previous record deals first with Columbia and then Arista Records. Keys' debut album, Songs in A Minor, was a commercial success, selling over 12 million copies worldwide. She became the best-selling new artist and best-selling R&B artist of 2001. The album earned Keys five Grammy Awards in 2002, including Best New Artist and Song of the Year for "Fallin'" becoming the second American recording artist to win five Grammys in one night. Her second studio album, The Diary of Alicia Keys, was released in 2003 and was also another success worldwide, selling eight million copies. The album garnered her an additional four Grammy Awards in 2005. Later that year, she released her first live album, Unplugged, which debuted at number one in the United States. She became the first female to have an MTV Unplugged album to debut at number one and the highest since Nirvana in 1994.