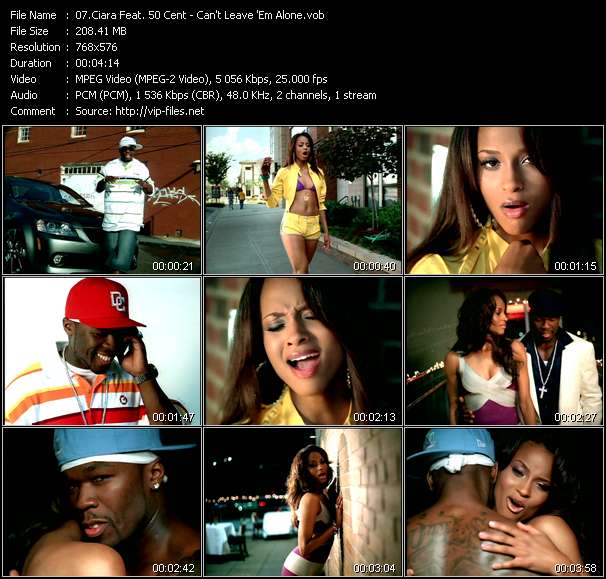 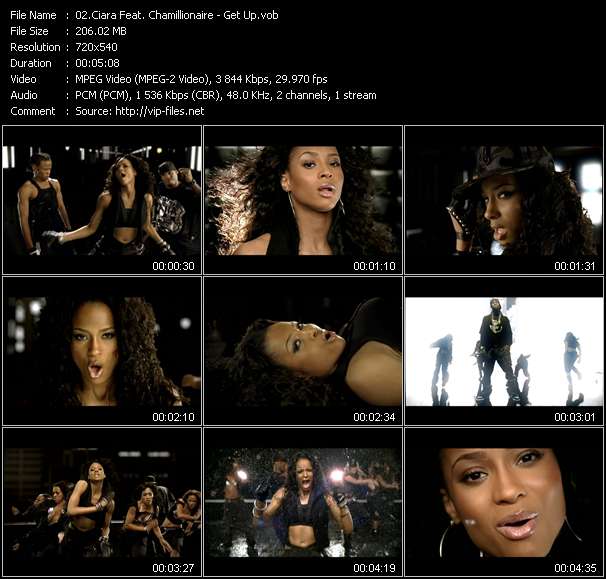 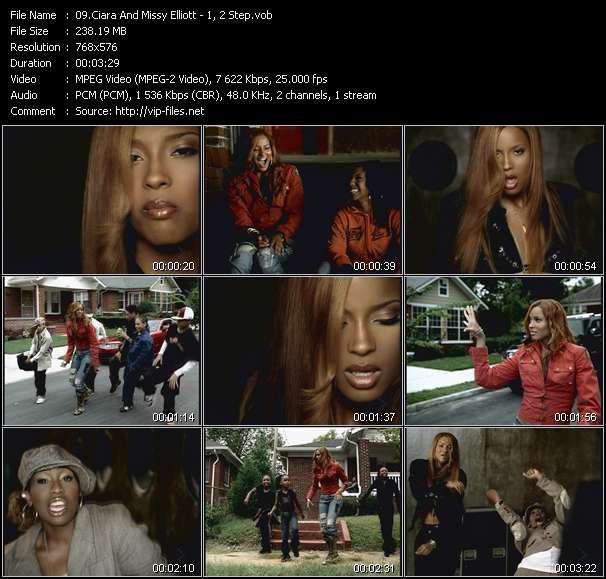 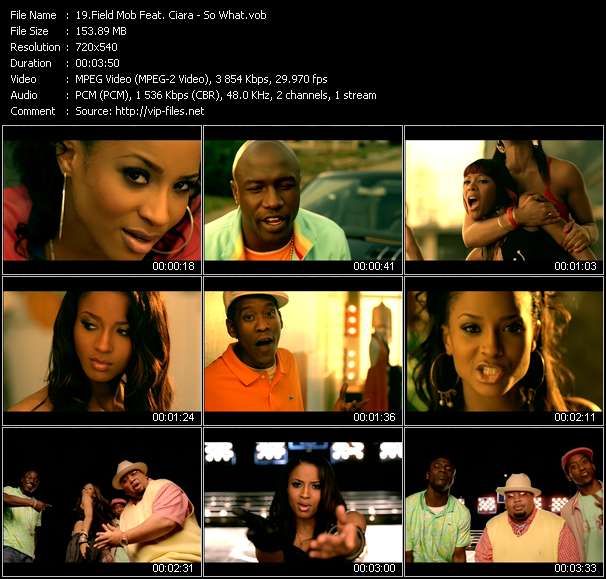 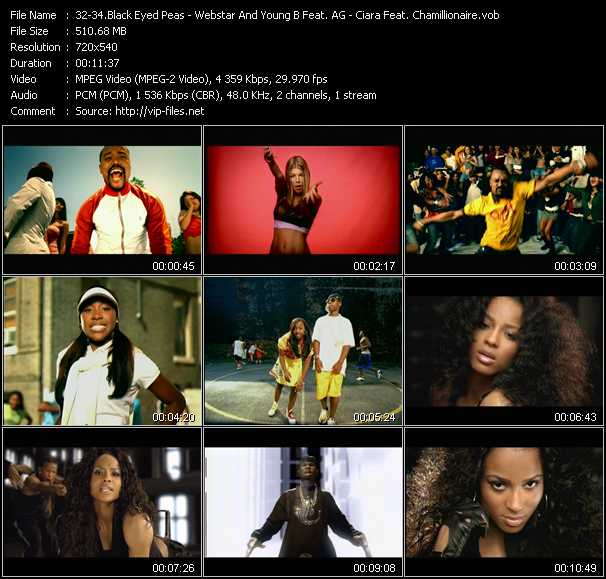 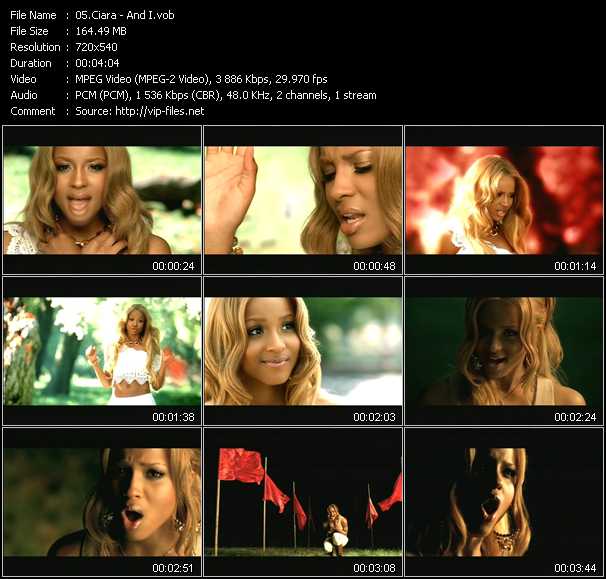 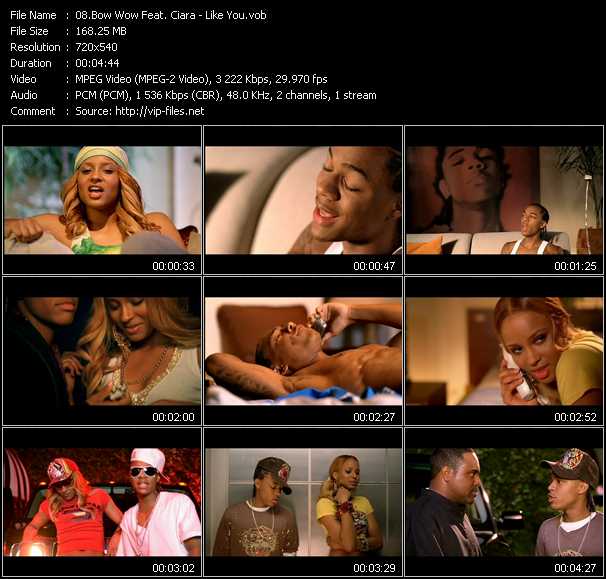 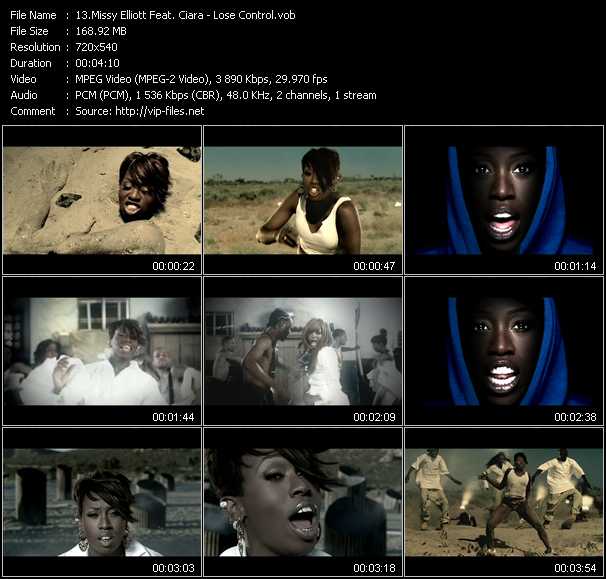 Ciara music video And I

Dubbed "the First Lady of Crunk & B" by the producer who should know, Lil Jon, singer Ciara burst onto the scene with the never-gonna-get-it single "Goodies," the breathy "answer song" to Petey Pablo's "Freek-a-Leek." She was born in Austin, TX, but with her father in the Army, Ciara spent time living in Germany, New York, California, Arizona, and Nevada before landing in Atlanta. In her early teens, she got a piece of paper out and wrote down her life's goal, to become a professional singer. She joined a girl group, worked on her songwriting, left the group, landed a publishing deal, and found a "music soul mate" when she met producer Jazze Pha. With Sean Garrett, the co-writer of Usher's massive hit "Yeah!," Ciara co-wrote "Goodies," and when Lil Jon heard the demo, he knew it was going to be big. LaFace released the Lil Jon-produced track in the summer of 2004, and its quick climb to the top of the Billboard Hot 100 was remarkable. With help from Pha, Garrett, and Lil Jon, Ciara released her self-titled debut in September of the same year. The follow-up singles "1, 2 Step" featuring Missy Elliott and "Oh" featuring Ludacris both broke the Top Five in the U.S. in 2005. By the end of the year she joined Gwen Stefani on tour before teaming with Bow Wow and Chris Brown for a package tour in early 2006. The Evolution, her second album, was released near the end of the year; though it debuted at the top of the R&B/Hip-Hop Albums chart and a handful of subsequent singles ("Get Up," "Promise," "Like a Boy") placed within the Top 20 of the Hot 100, it did not perform quite as well as the debut. The May 2009 release of Fantasy Ride, her third album, was preceded by a few delays, including a pre-release single that failed to catch fire. Fantasy Ride was, nonetheless, her most star-studded album to date, featuring collaborations with Elliott and Ludacris, as well as the-Dream, Young Jeezy, Chris Brown, and Justin Timberlake. Collaborating with the-Dream developed into the album Basic Instinct, released in December 2010 and featuring the-Dream and associate Christopher "Tricky" Stewart as executive producers.