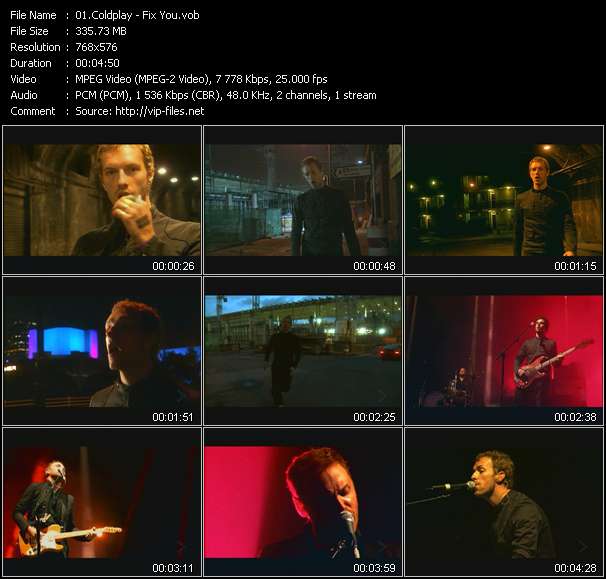 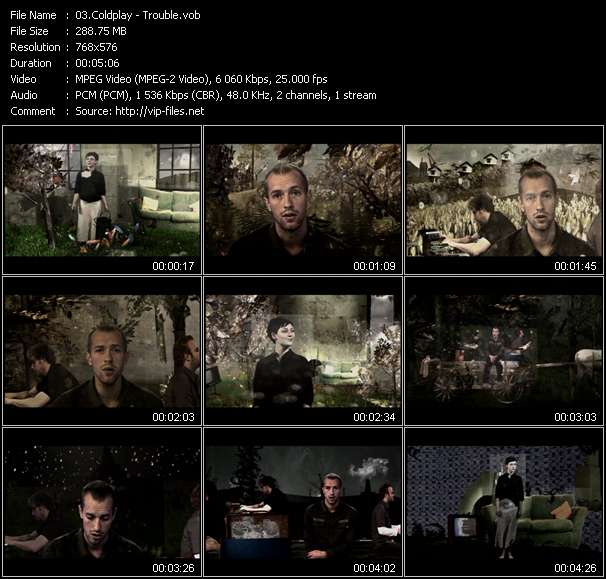 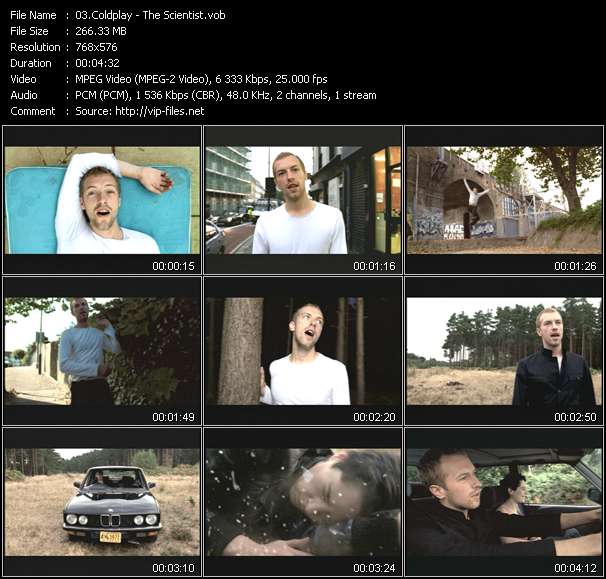 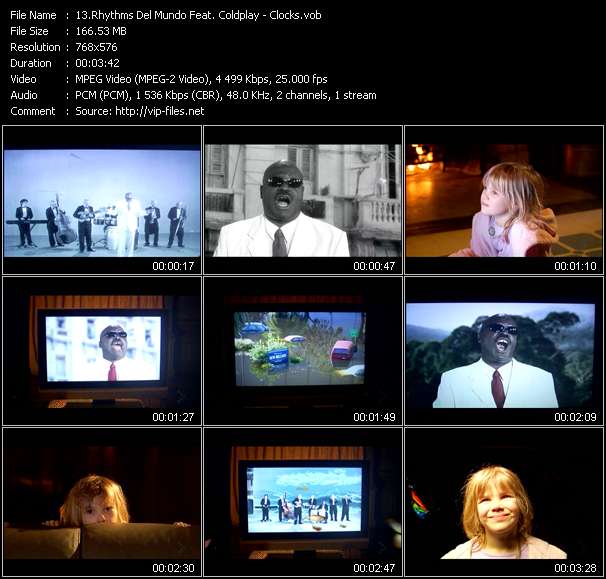 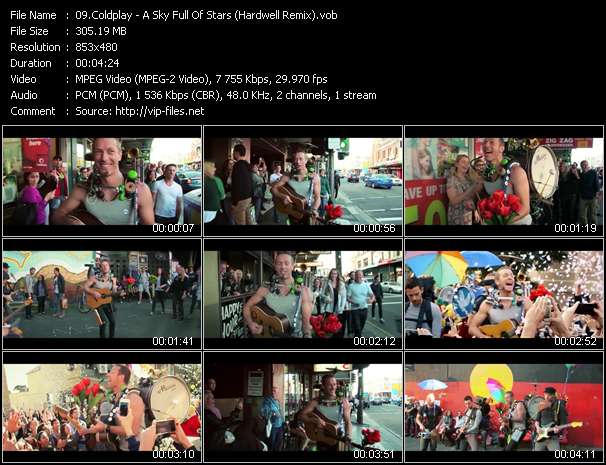 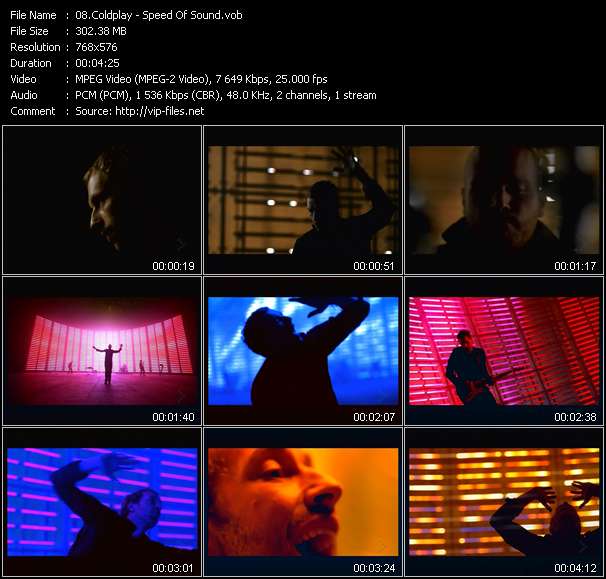 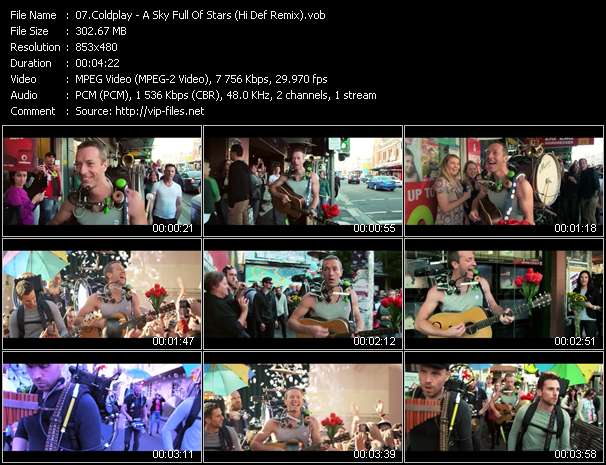 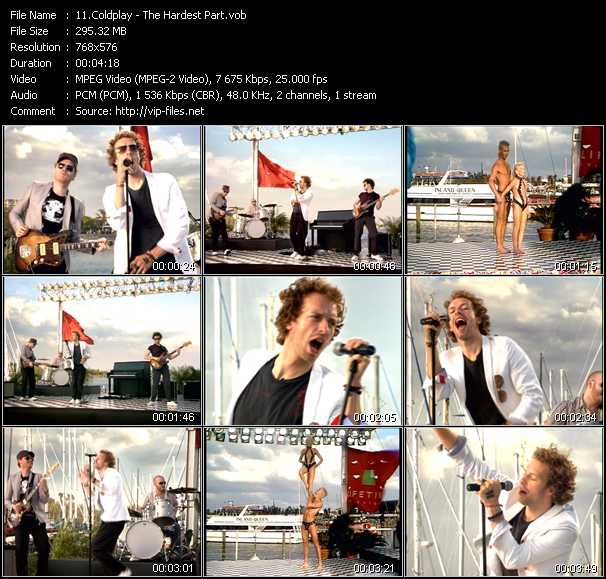 Coldplay music video In My Place

Coldplay music video In My Place

Coldplay are a British rock band formed in 1996 by lead vocalist Chris Martin and lead guitarist Jonny Buckland at University College London (UCL). After they formed under the name Pectoralz, Guy Berryman joined the group as a bassist and they changed their name to Starfish. Will Champion joined as a drummer, backing vocalist, and multi-instrumentalist, completing the line-up. Manager Phil Harvey is often considered an unofficial fifth member. The band renamed themselves "Coldplay" in 1998, before recording and releasing three EPs: Safety in 1998, Brothers & Sisters as a single in 1999 and The Blue Room in the same year. The latter was their first release on a major label, after signing to Parlophone.
They achieved worldwide fame with the release of the single "Yellow" in 2000, followed by their debut album released in the same year, Parachutes, which was nominated for the Mercury Prize. The band's second album, A Rush of Blood to the Head (2002), was released to critical acclaim and won multiple awards, including NMEs Album of the Year. They have also come top of the BBC Radio 2 poll of the favourite album of all time. Their next release, X&Y, the best-selling album worldwide in 2005, was met with mostly positive reviews upon its release, though some critics felt that it was inferior to its predecessor. The band's fourth studio album, Viva la Vida or Death and All His Friends (2008), was produced by Brian Eno and released again to largely positive reviews, earning several Grammy Award nominations and wins at the 51st Grammy Awards. On 24 October 2011, they released their fifth studio album, Mylo Xyloto, which received mixed to positive reviews, topped the charts in over 34 countries, and was the UK's best-selling rock album of 2011. On 16 May 2014, they released their sixth and newest album, titled Ghost Stories, topping the iTunes Store albums charts in over 100 countries. In December 2009, Rolling Stone readers voted the group the fourth-best artist of the 2000s.