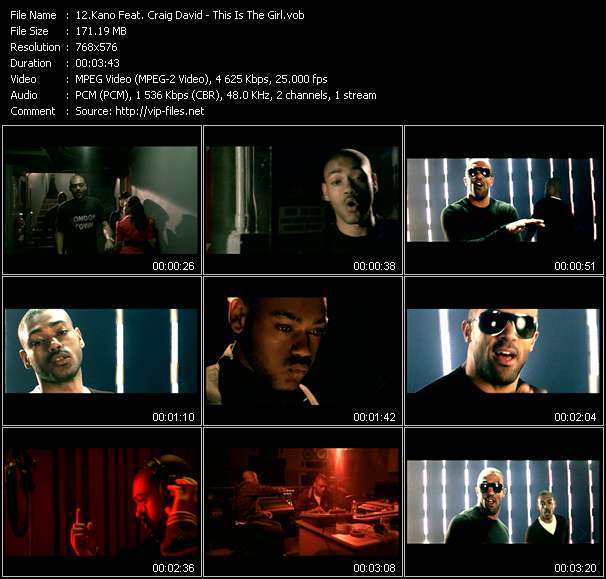 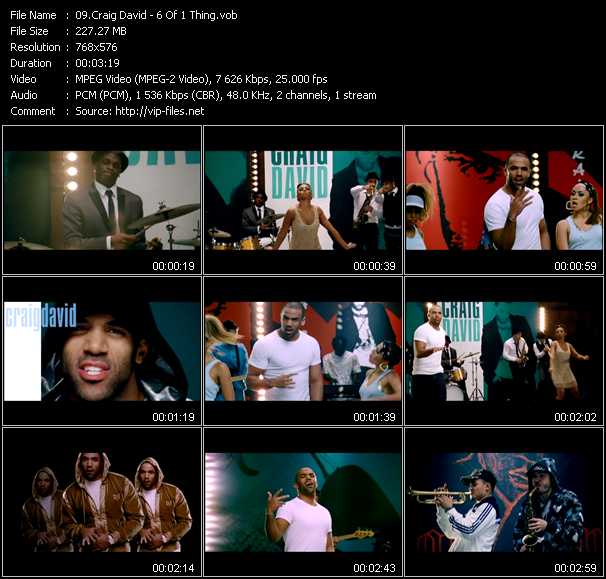 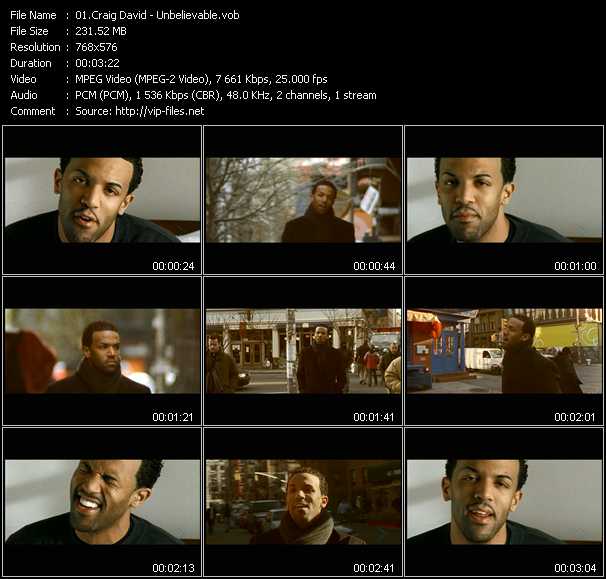 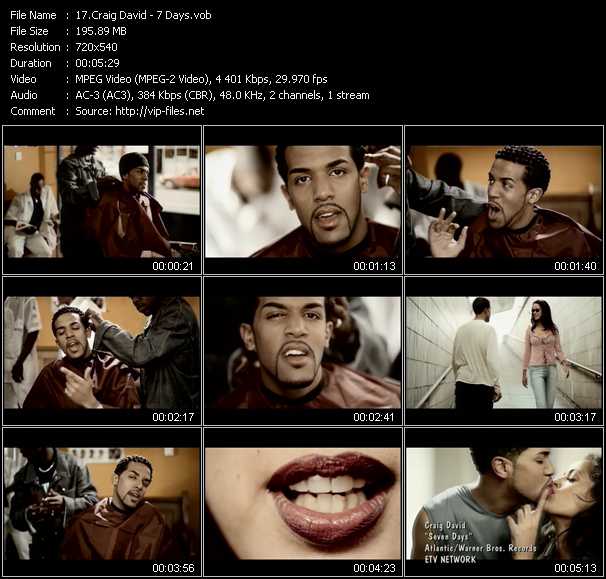 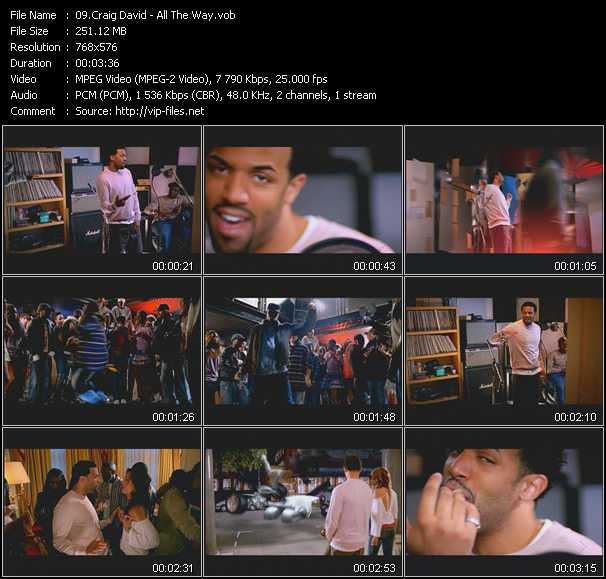 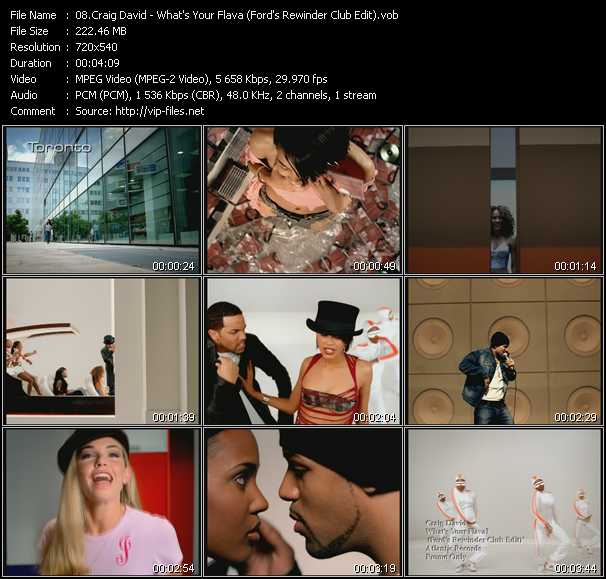 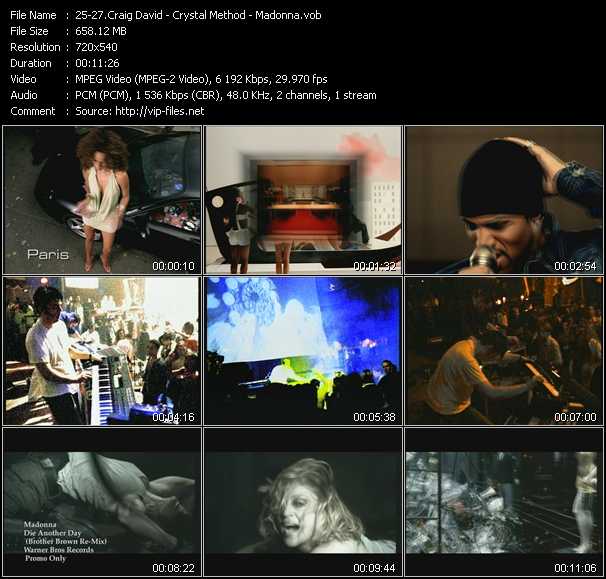 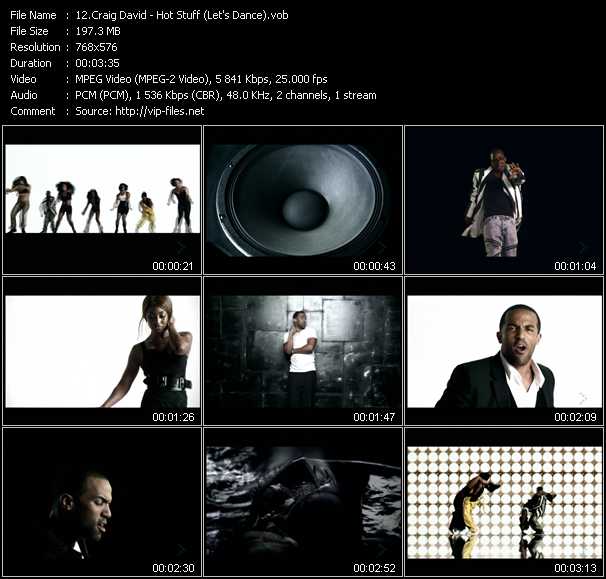 Kano Feat. Craig David music video This Is The Girl

Kano Feat. Craig David music video This Is The Girl

Craig Ashley David (born 5 May 1981) is an English singer-songwriter who rose to fame in 1999 featuring on the single "Re-Rewind" by Artful Dodger. David's debut album, Born to Do It, was released on 14 August 2000, after which he has since released a further five studio albums and worked with a variety of artists such as Tinchy Stryder, Kano, Jay Sean, Rita Ora and Sting.
David has been nominated for twelve Brit Awards: three times for Best British Male, and twice received a Grammy Award nomination for Best Male Pop Vocal Performance.