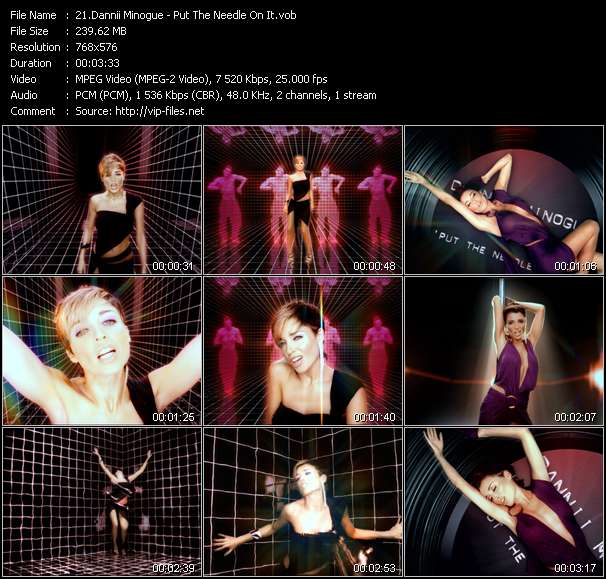 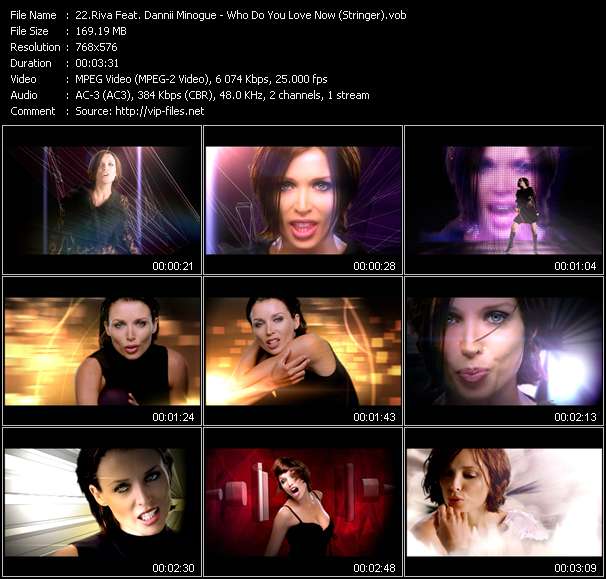 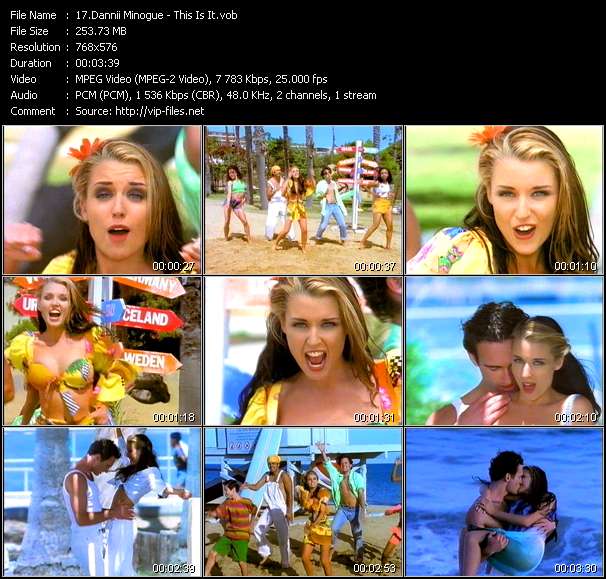 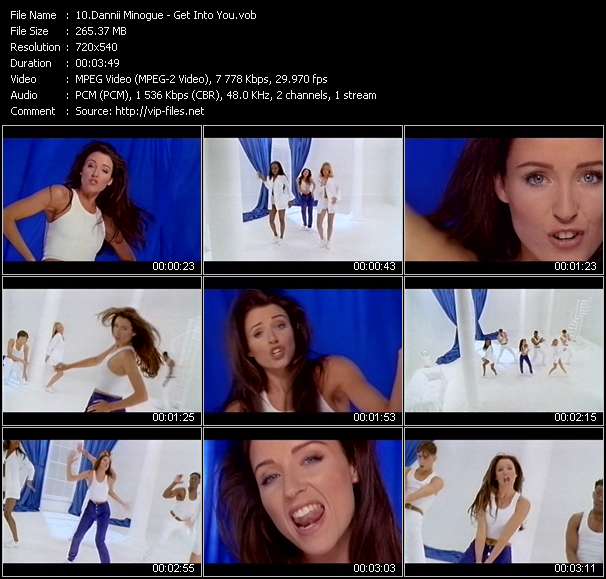 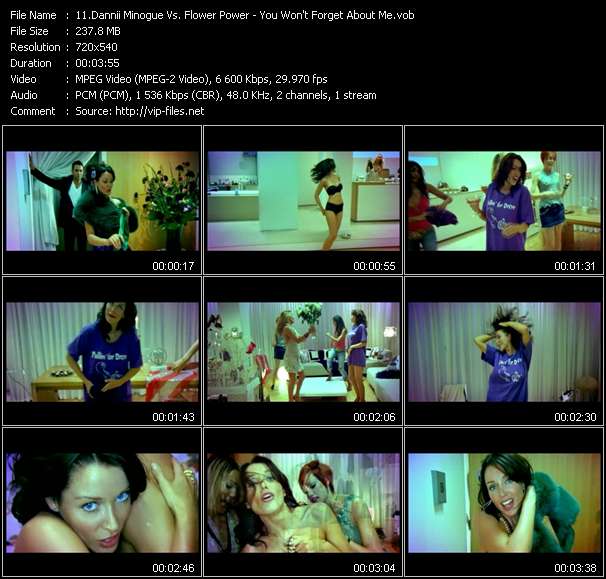 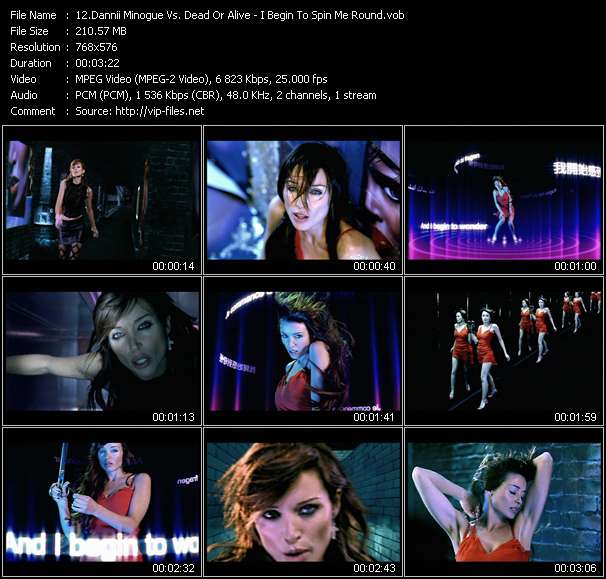 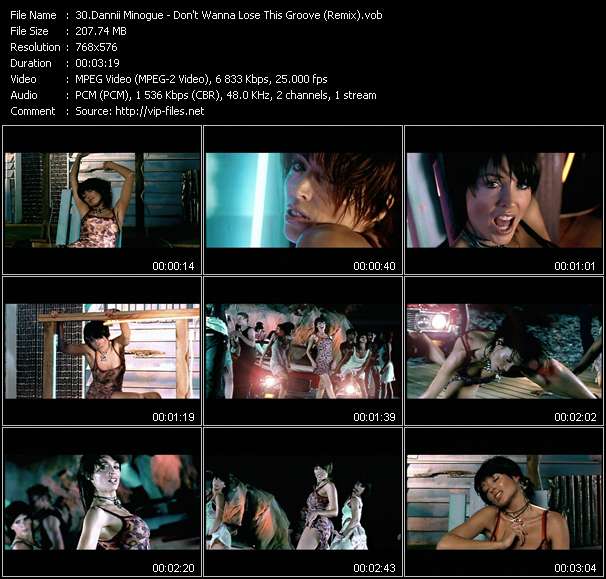 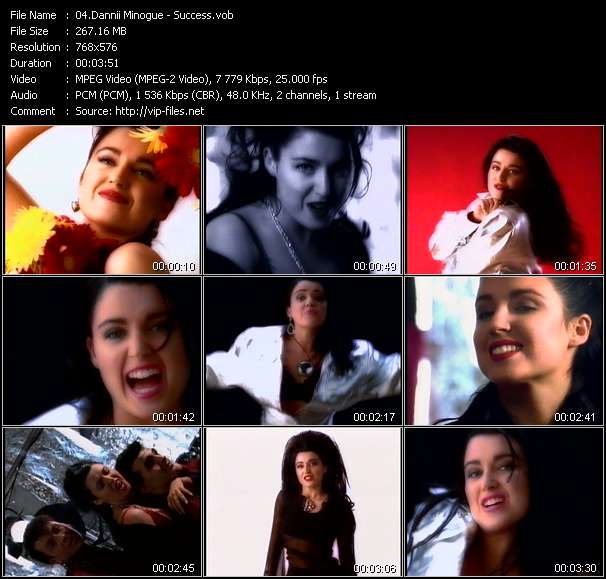 Dannii Minogue music video Put The Needle On It

Dannii Minogue music video This Is It

Dannii Minogue music video Get Into You

Dannii Minogue Vs. Flower Power music video You Won't Forget About Me

Dannii Minogue Vs. Dead Or Alive music video I Begin To Spin Me Round

Dannii Minogue music video All I Wanna Do

Dannii Minogue music video This Is It

Dannii Minogue music video Put The Needle On It

Dannii Minogue Vs. Flower Power music video You Won't Forget About Me

Danielle Jane "Dannii" Minogue (born 20 October 1971) Minogue achieved early success with hits such as "Love and Kisses", "This is It", "Jump to the Beat" and "Baby Love", though by the release of her second album, her popularity as a singer had declined, leading her to make a name for herself with award-winning performances in musicals with Grease and also in Notre Dame De Paris, as well as other acting credits in The Vagina Monologues and as Lady Macbeth. The late 1990s saw a brief return to music after Minogue reinvented herself as a dance artist with "All I Wanna Do", her first number one UK Club hit.
In 2001, Minogue further returned to musical success with the release of her biggest worldwide hit to date, "Who Do You Love Now?", while her subsequent album, Neon Nights, became the most successful of her career. In the UK, she has achieved 12 consecutive number one dance singles, becoming the best-performing artist on the UK Upfront Club Chart.
Since 2007, Minogue has established herself as a successful talent show judge and television personality. She judged on Australia's Got Talent in Australia from 2007 until her departure in 2012, and until 2010, she also judged The X Factor UK, where she was the winning mentor in both 2007 and 2010 with Leon Jackson and Matt Cardle, respectively. In 2010, Minogue launched her own fashion label Project D London with her best friend Tabitha Somerset Webb. On 9 November 2011, she received an honorary doctorate degree in Media and Arts from Southampton Solent University for her 30-year varied career in the showbiz and media industry. and on the fifth series of The X Factor Australia, where she was the winning mentor in 2013 with Dami Im.