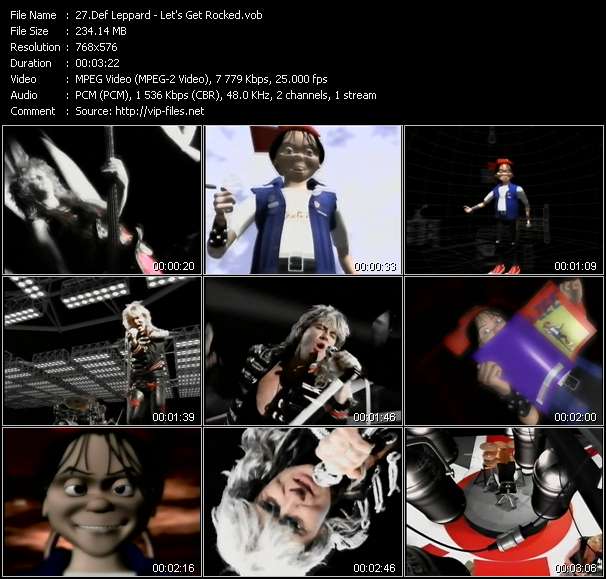 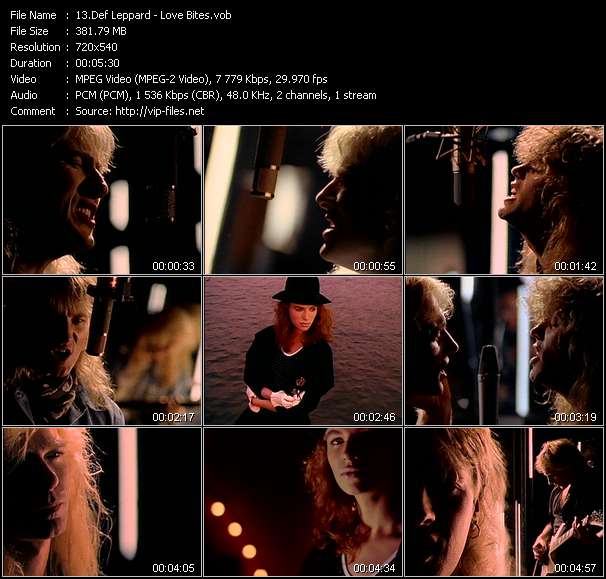 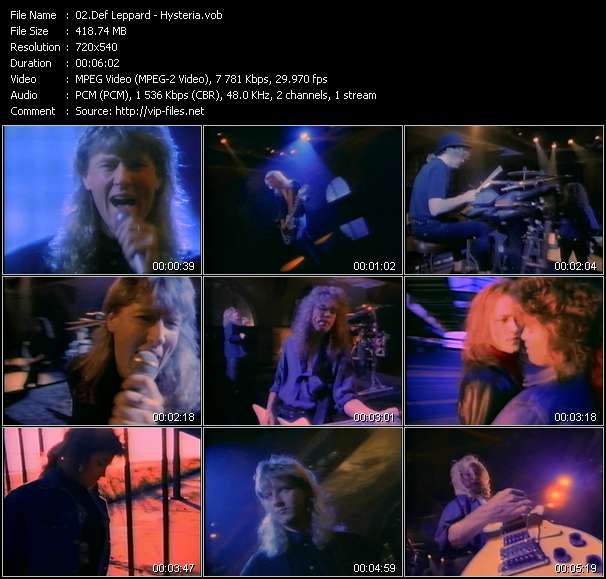 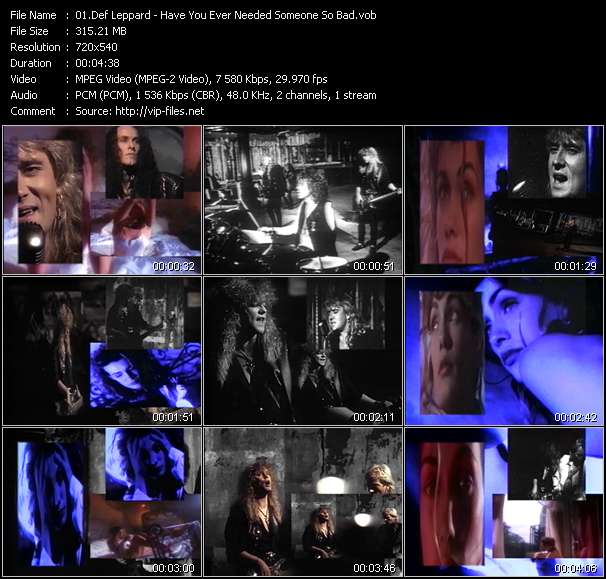 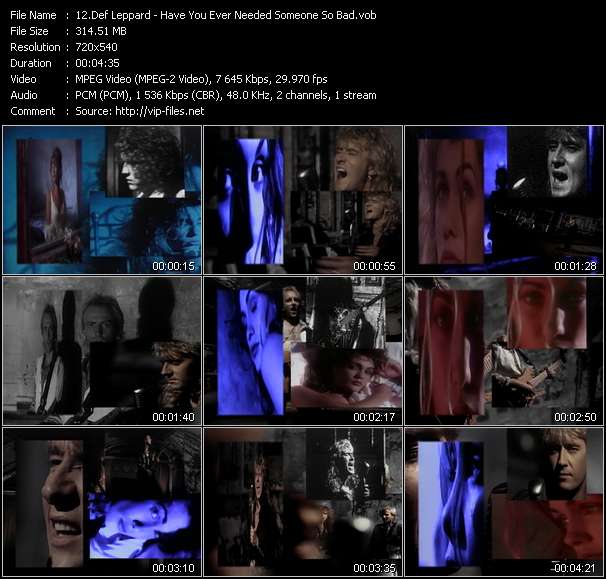 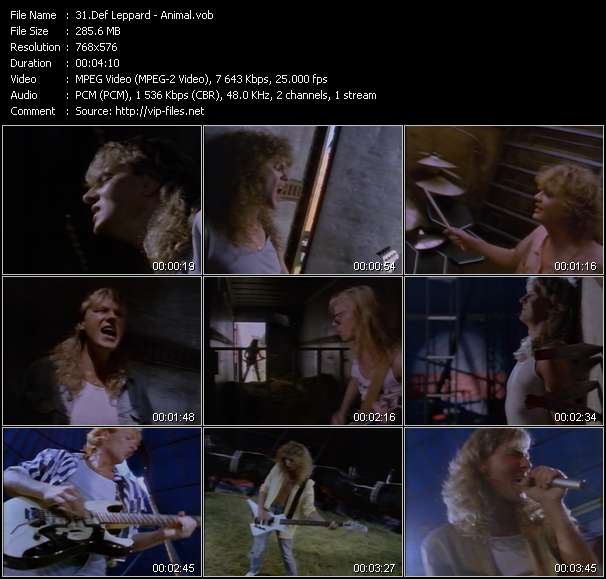 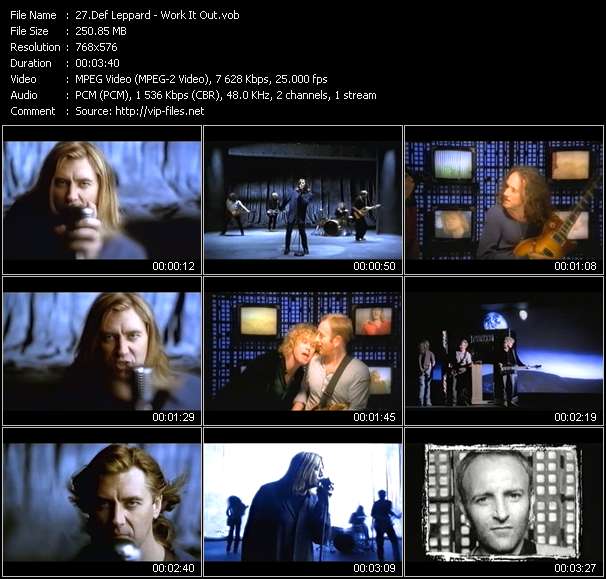 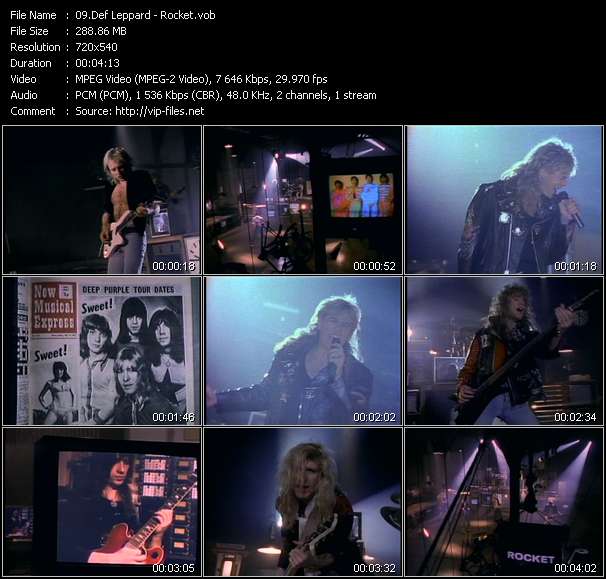 Def Leppard music video Pour Some Sugar On Me

Def Leppard music video Miss You In A Heartbeat

Def Leppard music video Miss You In A Heartbeat

Def Leppard are an English rock band formed in 1977 in Sheffield as part of the New Wave of British Heavy Metal movement. Since 1992, the band has consisted of Rick Savage (bass, backing vocals), Joe Elliott (lead vocals), Rick Allen (drums, backing vocals), Phil Collen (guitar, backing vocals), and Vivian Campbell (guitar, backing vocals). This is the band's longest-standing line-up.
The band's strongest commercial success came between the early 1980s and the early 1990s. Their 1981 album High 'n' Dry was produced by Robert John "Mutt" Lange, who helped them begin to define their style, and the album's stand out track "Bringin' On the Heartbreak" became one of the first rock videos played on MTV in 1982. The band's next studio album Pyromania in 1983, with
"Photograph" as the lead single, turned Def Leppard into a household name. In 2003, the album ranked number 384 on Rolling Stone's 500 Greatest Albums of All Time. The album spawned seven singles, including the U.S. Billboard Hot 100 number one "Love Bites", alongside "Pour Some Sugar on Me", "Hysteria", "Armageddon It", "Animal", "Rocket", and "Women".
Their next studio album Adrenalize (the first following the death of guitarist Steve Clark) reached number one on the U.S. Billboard 200 and UK Album Chart in 1992, and contained several hits including, "Let's Get Rocked" and "Have You Ever Needed Someone So Bad". Their 1993 album Retro Active contained the acoustic hit song "Two Steps Behind", while their greatest hits album Vault released in 1995 featured the new track "When Love & Hate Collide".
As one of the world's best-selling music artists, Def Leppard have sold more than 100 million records worldwide, They are one of only five rock bands with two original studio albums selling over 10 million copies in the U.S. The band were ranked No. 31 in VH1's "100 Greatest Artists of Hard Rock"