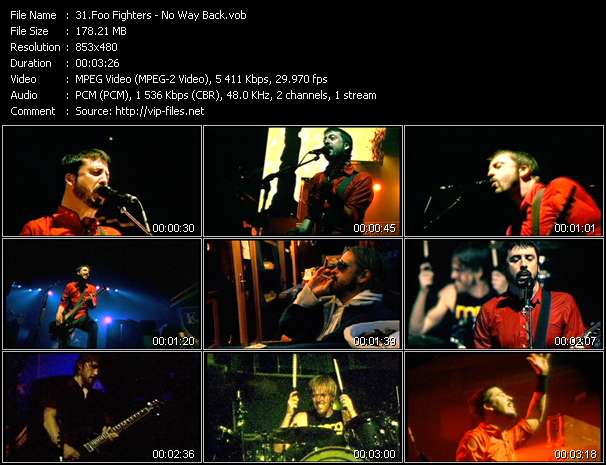 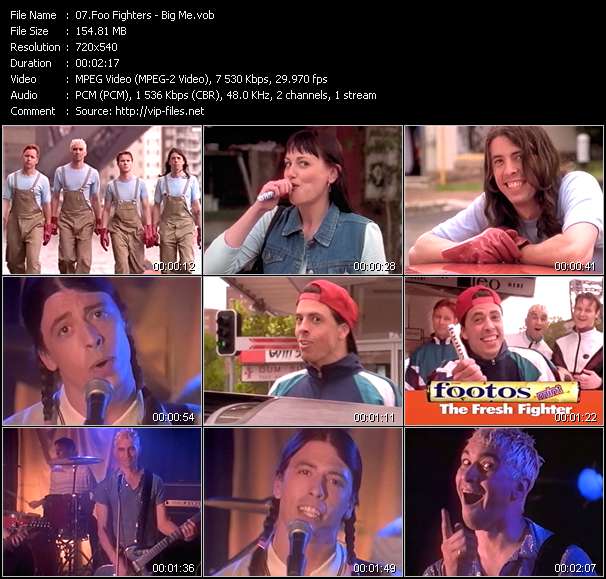 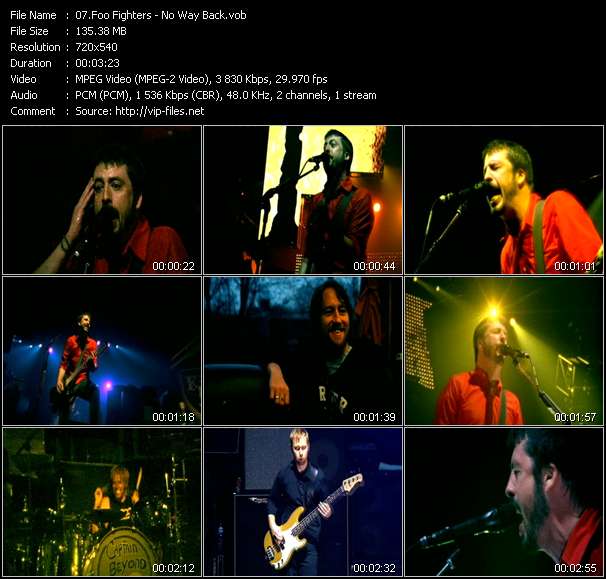 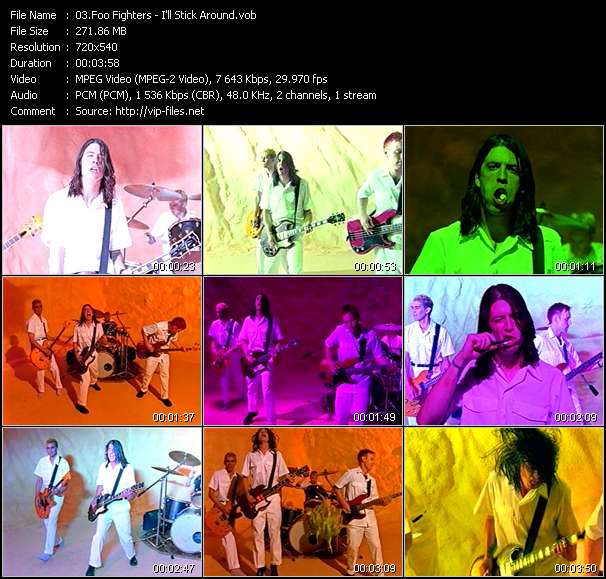 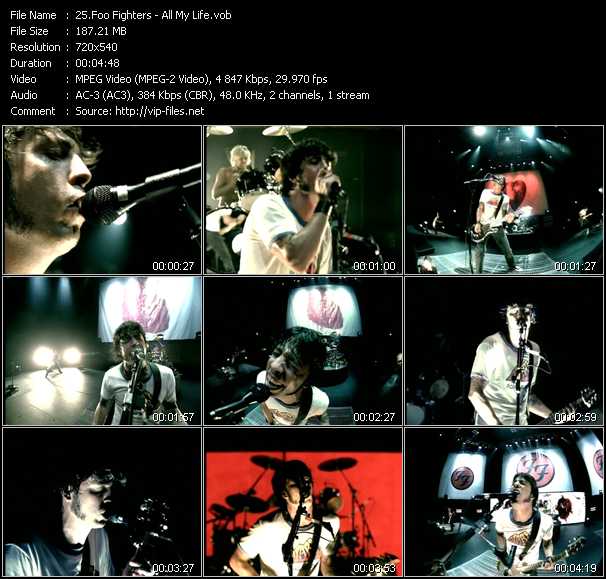 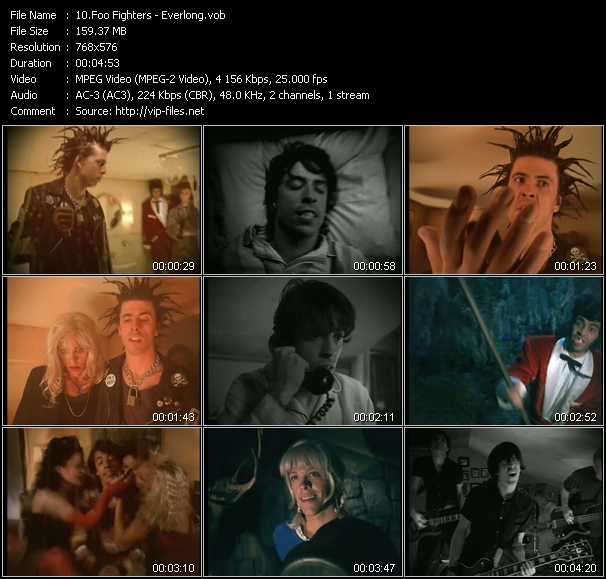 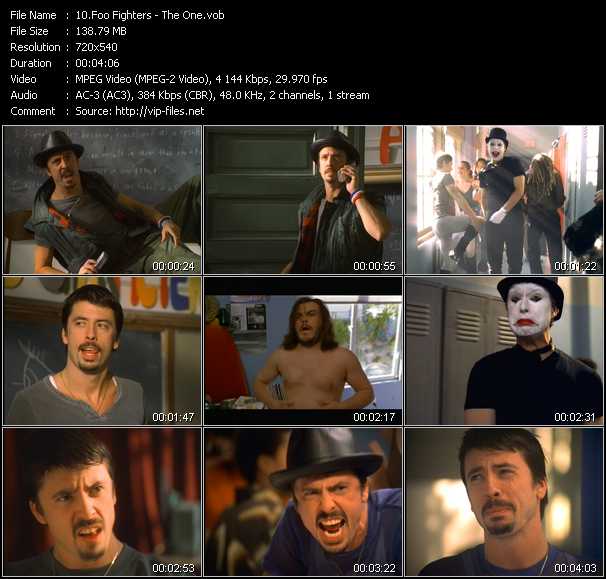 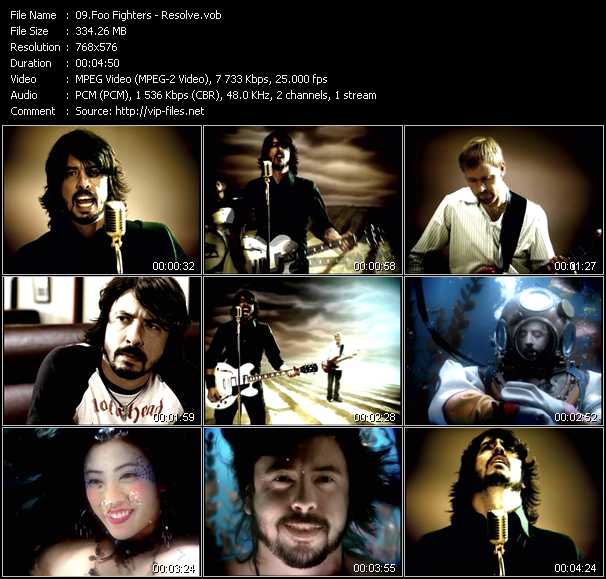 Foo Fighters music video The One

When Foo Fighters released a debut album written and recorded entirely by leader Dave Grohl ( at that point known only as the powerhouse drummer for Nirvana ) in the summer of 1995, few would have guessed that the group would wind up as the one band to survive the '90s alt-rock explosion unscathed. Other bands burned brighter but they flamed out, breaking up after scoring a hit or two, but the Foos steadily racked up success after success, filling up stadiums around the world while staying on top of the charts all the way into the second decade of the new millennium. Once the band's lineup coalesced around the time of its third album in 1999, Foo Fighters' sound also gelled into a recognizable signature built upon the heavy, melodic, loud-quiet-loud template of the Pixies and Nirvana, the modern rock anchored by a love of classic guitar rock. It was commercial without pandering, creatively restless without being alienating, a sound with wide appeal delivered by a band that was happy to tour and record the way bands did back in the '70s. When Wasting Light became their first number one album in America upon its release in the spring of 2011, it was confirmation that Foo Fighters were survivors who had earned a large, devoted audience primarily through hard work. All of this industriousness stems from Dave Grohl, who had been playing guitar and writing songs long before he began drumming. Throughout his early teens he performed in a variety of hardcore punk bands and in the late '80s he joined the Washington, D.C.-area hardcore band Scream as their drummer. During Scream's final days, Grohl began recording his own material in the basement studio of his friend Barrett Jones. Some of Grohl's songs appeared on Scream's final album, Fumble. Following the band's 1990 summer tour, Grohl joined Nirvana and moved cross-country to Seattle. After Nirvana recorded Nevermind, Grohl went back to the D.C. area and recorded a handful of tracks that would appear on Pocketwatch, a cassette released by Simple Machines. For most of 1992, he was busy with Nirvana, but when the band was off the road, he recorded solo material with Jones, who had also moved to Seattle. The pair kept recording throughout early 1993, when Grohl returned to Nirvana to record In Utero. Grohl had toyed with the idea of releasing another independent cassette in the summer of 1993, but the plans never reached fruition. Following Kurt Cobain's suicide in 1994, the drummer kept quiet for several months. In the fall of 1994, Grohl and Jones decamped to a professional studio and recorded the songs that comprised Foo Fighters' debut album in a week. Boiling down his backlog of songs to about 15 tracks, Grohl played all of the instruments on the album. He made 100 copies of the tape, passing it out to friends and associates. In no time, Grohl's solo project became the object of a fierce record company bidding war.Instead of embarking on a full-fledged solo career, Grohl decided to form a band. Through his wife he met Nate Mendel, the bassist for Sunny Day Real Estate. Shortly before the pair met, Jeremy Enigk, the leader of Sunny Day Real Estate, had converted to Christianity and quit the band, effectively ending the group's career. Not only did Mendel join Grohl's band, but so did Sunny Day's drummer, William Goldsmith. Former Germs and Nirvana guitarist Pat Smear rounded out the lineup. The band, named Foo Fighters after a World War II secret force that allegedly researched UFOs, signed a contract with Capitol Records. The band's self-titled debut, consisting solely of Dave Grohl's solo recordings, was released on July 4, 1995. It became an instant success in America, as "This Is a Call" garnered heavy alternative and album rock airplay. By early 1996, the album was certified platinum in the U.S. Throughout 1996, Foo Fighters supported the album with an extensive tour, enjoying a crossover hit with "Big Me" that spring. Late in the year, the group began recording its second album with producer Gil Norton. During the sessions, William Goldsmith left the band due to creative tensions, leaving Grohl to drum on the majority of the album. Before the record's release, Goldsmith was replaced by Taylor Hawkins, who had previously drummed with Alanis Morissette. The Colour and the Shape, Foo Fighters' second album and the first they recorded as a band, was issued in May of 1997. Smear left the group in the wake of the album's completion and was replaced by guitarist Franz Stahl, whose stay proved short-lived; 1999's There Is Nothing Left to Lose was recorded as a three-piece, with ex-No Use for a Name guitarist Chris Shiflett signing on soon after. One by One, the group's most polished production, appeared in late 2002, followed by 2005's In Your Honor, which narrowly missed the top of Billboard's album chart. After releasing a live album titled Skin and Bones in 2006, the band returned to Norton's studio and started constructing a dozen fractured, eclectic rock songs to be released in 2007 under the name Echoes, Silence, Patience, and Grace. Two years later, the group released its first compilation, Greatest Hits, as Grohl launched his new supergroup Them Crooked Vultures, which also featured Josh Homme of Queens of the Stone Age and Led Zeppelin's John Paul Jones. Foo Fighters reconvened for 2011's Wasting Light, a Butch Vig production that doubled as the official return of Pat Smear, who hadn't played on any of the band's albums since 1997. Wasting Light wound up as a smash success for the Foos, debuting at number one on the Billboard charts and garnering the band another four Grammy Awards.