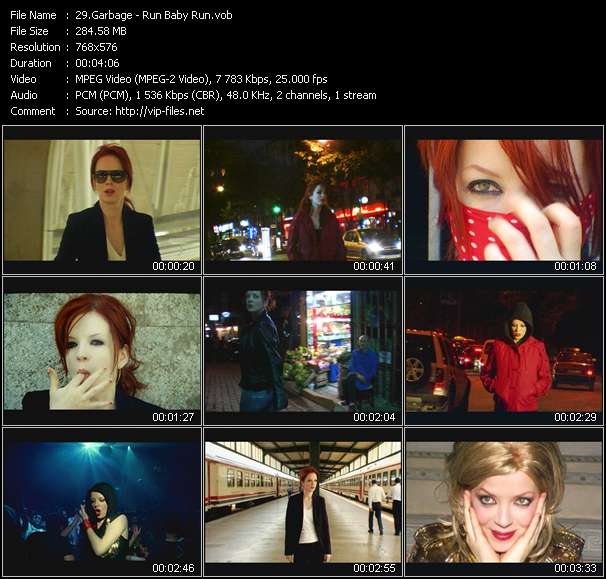 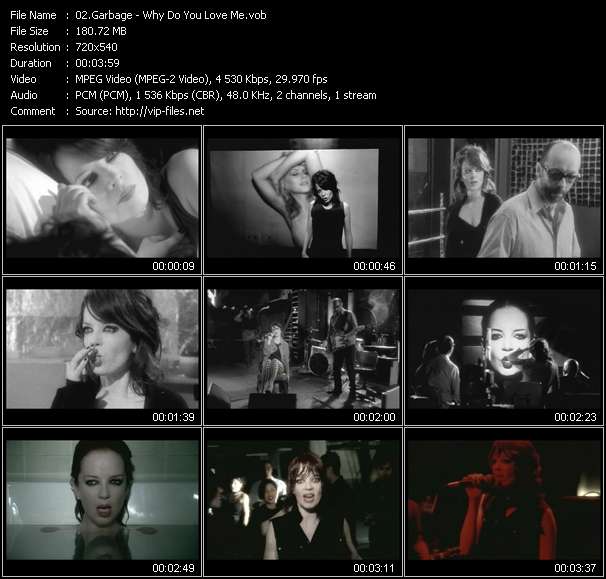 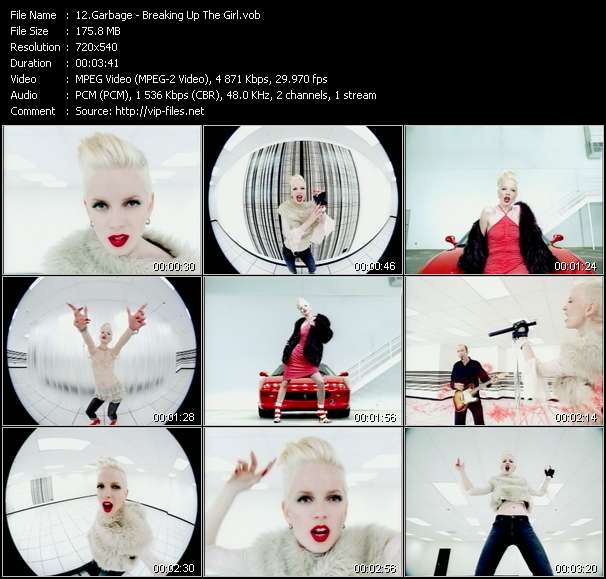 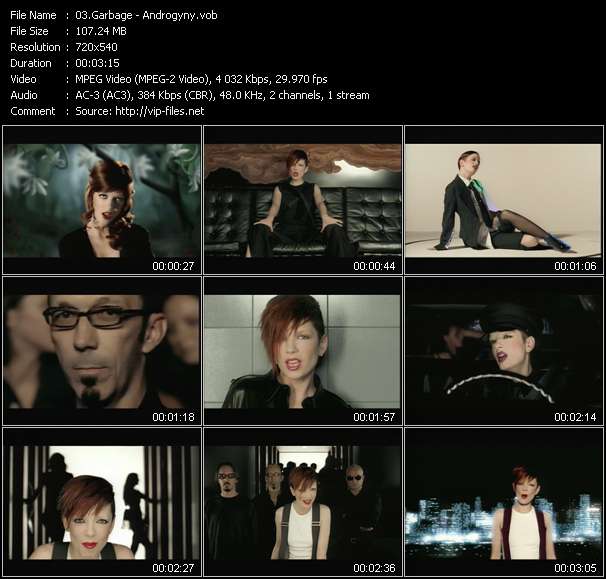 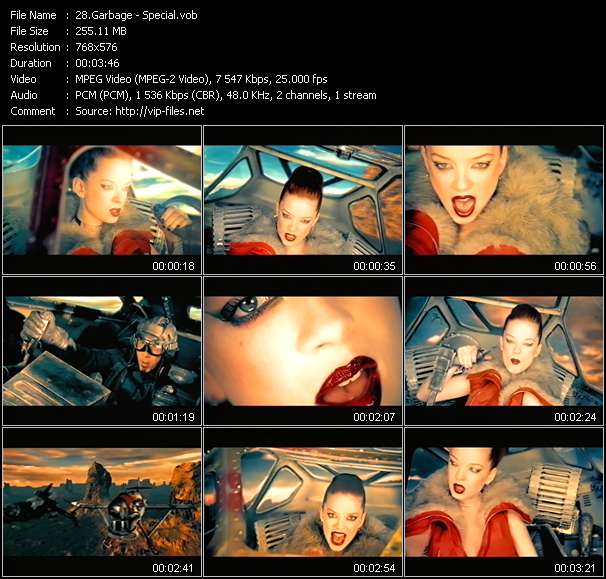 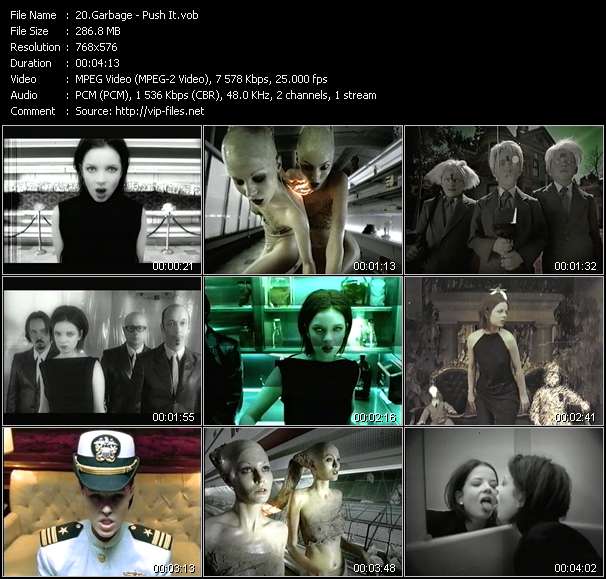 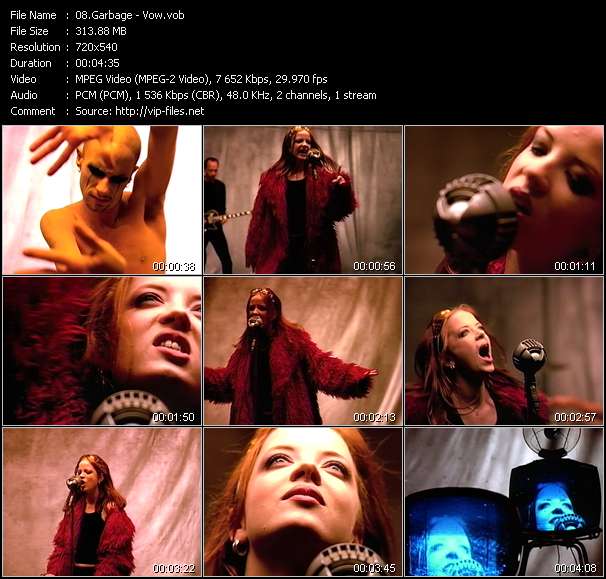 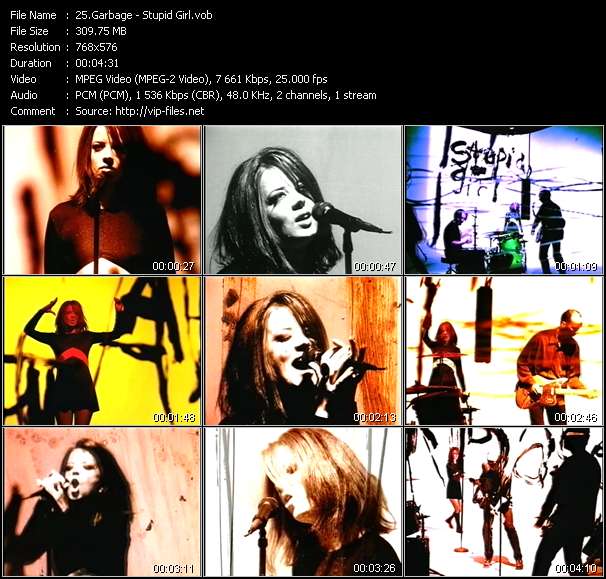 Garbage music video Tell Me Where It Hurts

Garbage music video Tell Me Where It Hurts

Garbage music video The World Is Not Enough

Garbage music video When I Grow Up

Garbage built on the sonic landscapes of My Bloody Valentine, Curve, and Sonic Youth, adding a distinct sense of accessible pop songcraft. The band was the brainchild of producers Butch Vig, Duke Erikson, and Steve Marker, who initially held an informal jam session in Marker's basement, but they eventually recruited vocalist Shirley Manson, who had previously sung with Angelfish and Goodbye Mr. MacKenzie.Vig is a native of Viroqua, Wisconsin, who learned to play piano as a child and drums as a teenager. He briefly attended the University of Wisconsin before pursuing a career in music instead. The first band he joined after leaving college was Spooner, who he played drums with. Also in Spooner was Erikson, who sang and played guitar with the band. Marker was a native of New York who moved to Wisconsin to attend college. He became a fan of Spooner and began recording their songs. Vig left Spooner shortly afterwards, but he kept in touch with the band. After a few years, Spooner became Firetown and Vig played drums in the new outfit. Firetown broke up in the late '80s, without achieving much success. Prior to the formation of Firetown, Vig and Marker bought an eight-track cassette recorder together and set up a makeshift studio in a local warehouse. This studio was dubbed Smart Studios and Vig recorded numerous local punk and alternative bands there. By the late '80s, Smart had become one of the hippest recording studios in America. Many records released on Touch & Go, Sub Pop, and Twin/Tone, among other indie labels, were made at Smart. Vig and Smart broke into the big time in 1991, after he produced Nirvana's Nevermind. Nevermind elevated Butch Vig to the status of a superstar producer and for the next two years, he produced numerous American alternative superstars, including Sonic Youth, Smashing Pumpkins, and L7.Shortly after Vig became a star, he and Marker began playing together, eventually asking Erikson to join them. Hence, Garbage were officially formed in 1993, after Erikson joined the duo. After a year of playing, they hired Shirley Manson after seeing Angelfish on MTV. Manson began her musical career at an early age, joining Goodbye Mr. MacKenzie as a teenager; she played keyboards and sang backing vocals in the band. For the next few years, she toured with the band before leaving to form Angelfish, whom she led through an eponymous 1994 album. Garbage recorded their debut album in late 1994 and early 1995. Their eponymous first album appeared in the fall of 1995 on Almo Sounds. After receiving support from radio and MTV, the album began to climb the charts toward the end of 1995, when the second single, "Queer," received heavy airplay. By the summer of 1996, Garbage had gone gold in the United States, and shortly afterward it achieved platinum status, as "Only Happy When It Rains" and "Stupid Girl" became radio hits. After a brief break, Garbage began work on their second album in the summer of 1997. The record, entitled Version 2.0, was released in May the following year, preceded by the single "Push It." Four years later, they issued a sophisticated third album, Beautiful Garbage, and the first single "Androgyny" became a moderate radio hit. Bleed Like Me followed in 2005. After touring for Bleed Like Me, the band announced it was going on an extended hiatus. During this time, Vig busied himself with various production projects, including nabbing a Grammy for Green Day's 2009 album 21st Century Breakdown. Also otherwise engaged, Manson purportedly worked on a solo album and made her acting debut on the 2008 season of the Fox television show Terminator: The Sarah Connor Chronicles. In 2012, Garbage released their fifth studio album, Not Your Kind of People. The first album of all-new material since 2005's Bleed Like Me, Not Your Kind of People included the leadoff single "Blood for Poppies."