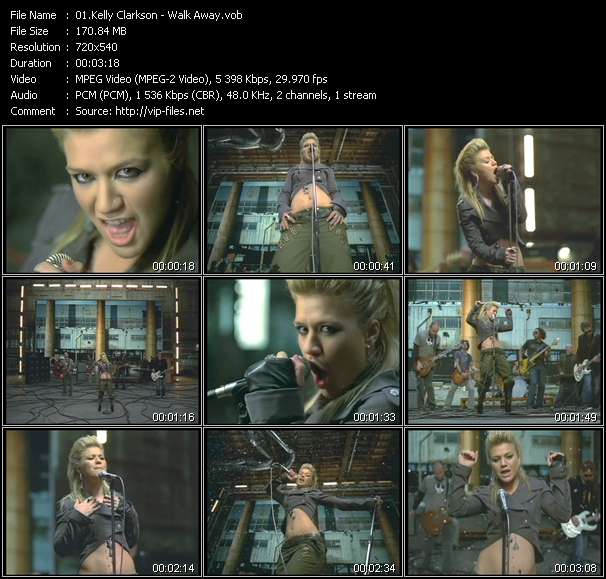 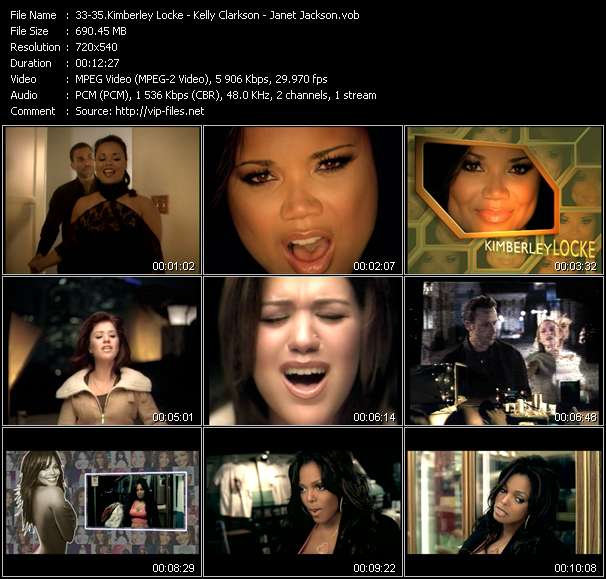 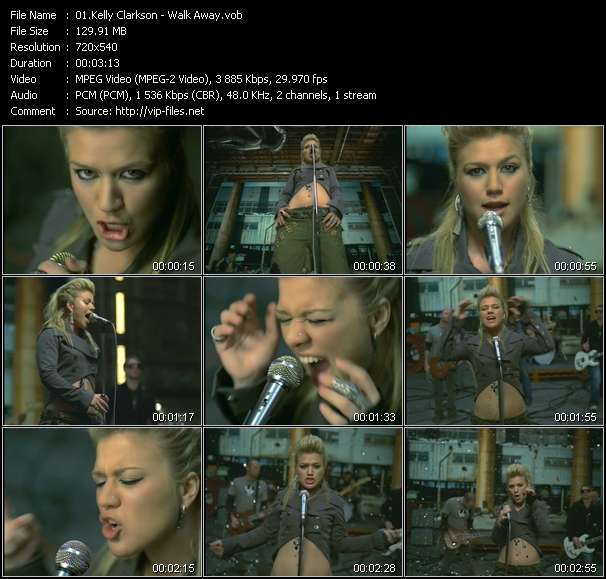 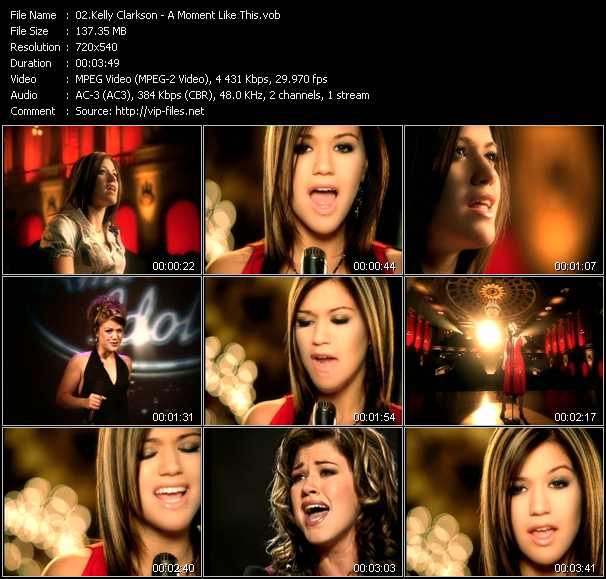 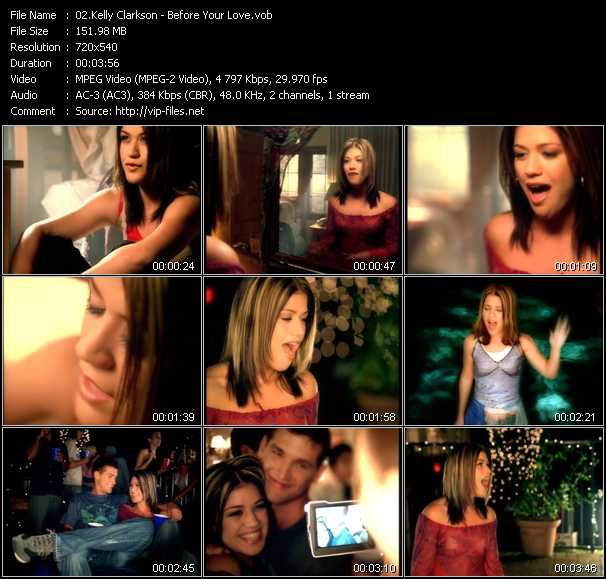 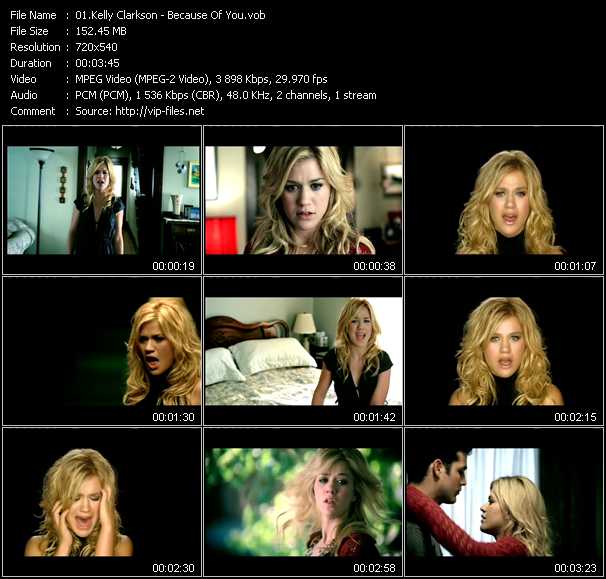 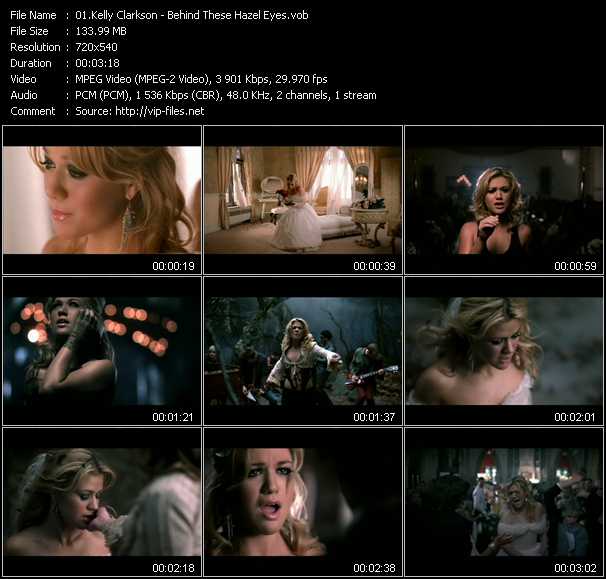 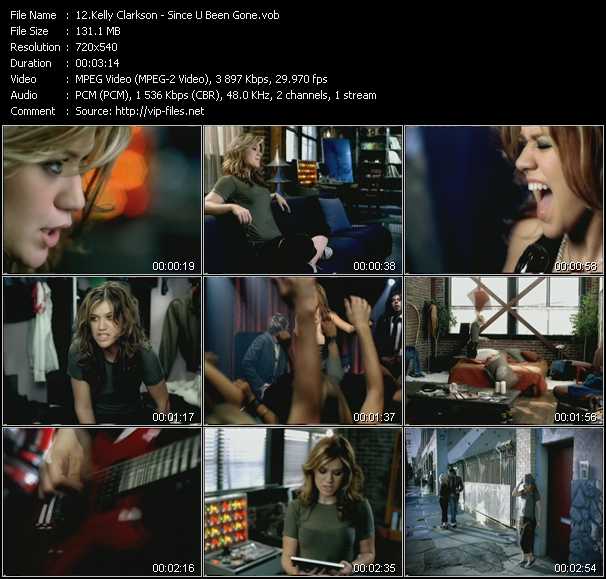 Kelly Clarkson music video Because Of You

Kelly Clarkson music video Since U Been Gone

Kelly Clarkson music video Because Of You (From Wetten Dass)

Kelly Clarkson music video My Life Would Suck Without You

Kelly Clarkson music video Since U Been Gone

Kelly Brianne Clarkson (born April 24, 1982) Her debut single, "A Moment Like This", topped the US Billboard Hot 100 and broke the record for the biggest jump to number one in the chart's history; it became the best-selling single of the year in the country. She became the runner-up of World Idol the following year.
Clarkson's debut studio album, Thankful (2003), has been certified 2× platinum and sold over 4.5 million copies internationally. Its lead single, "Miss Independent," became an international hit, earning Clarkson her first Grammy nomination. She developed a rock-oriented sound with the release of her second album, Breakaway (2004). It has been certified 6× platinum and sold over 15 million copies worldwide, The album won the Grammy Award for Best Pop Vocal Album, making Clarkson the first and only artist to win the award twice. In 2012, Clarkson released Greatest Hits – Chapter One; its lead single, "Catch My Breath," became her twenty-fourth entry on the Hot 100 and eleventh million-selling single. and eleven international number one singles, She is known for her vocal versatility and range. Her music has mainly dealt with themes of heartbreak, independence, and self-empowerment for women and young teens. Apart from her work in music, Clarkson has also ventured into television and film. Clarkson's film debut was in the romantic musical From Justin to Kelly (2003) and she also appeared in American Dreams as Brenda Lee, in Reba, on The Voice as a guest advisor, on Duets as a mentor and judge. Clarkson's musical work has also gained her numerous accolades, including three Grammy Awards, three MTV Video Music Awards, twelve Billboard Music Awards, four American Music Awards, two Academy of Country Music Awards, two American Country Awards, and a Women's World Award. In 2012, Clarkson was ranked nineteenth on VH1's list of "100 Greatest Women in Music." number 5 on both "Top Billboard 200 Female Artists" and "Adult Contemporary Artists," number 27 on "Top Billboard 200 Artists," and number 75 on Billboard's "Hot 100: Top 100 Artists."