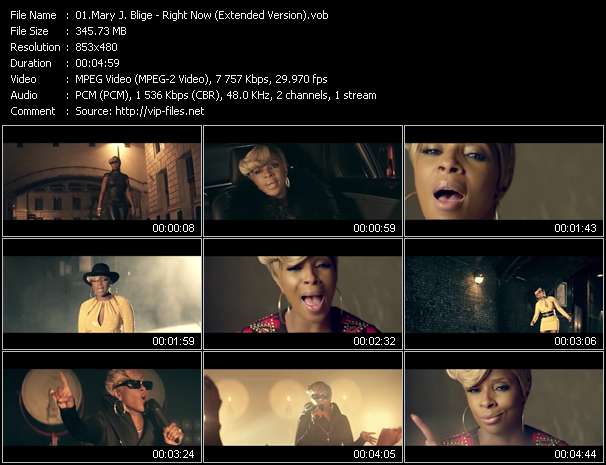 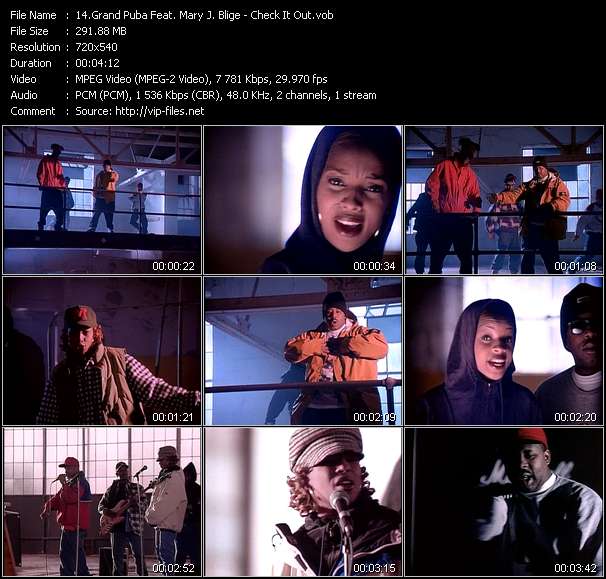 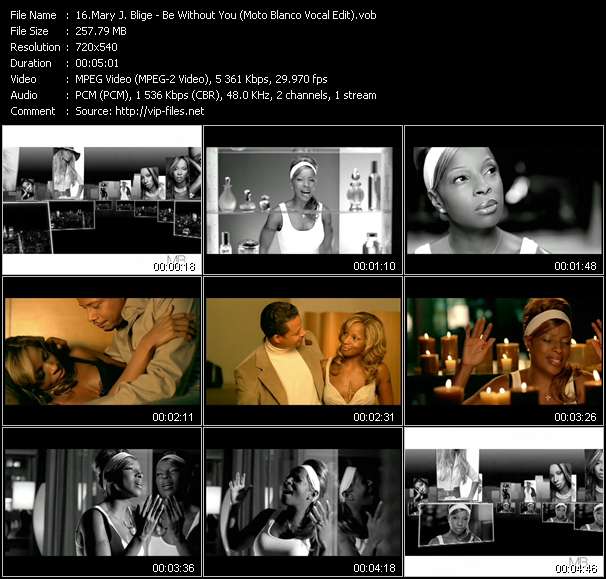 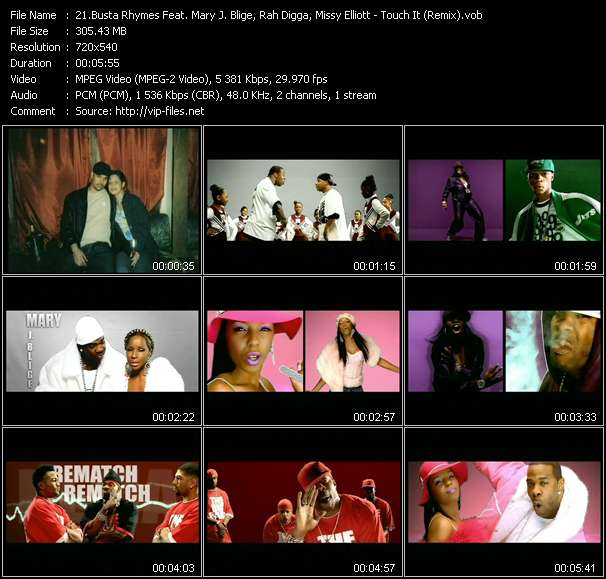 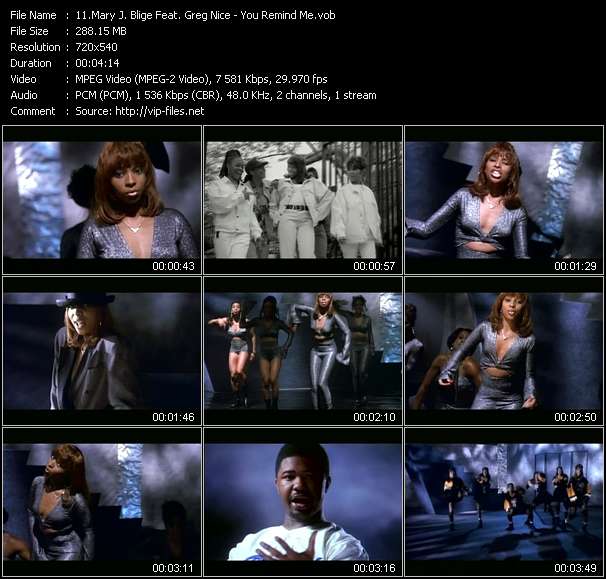 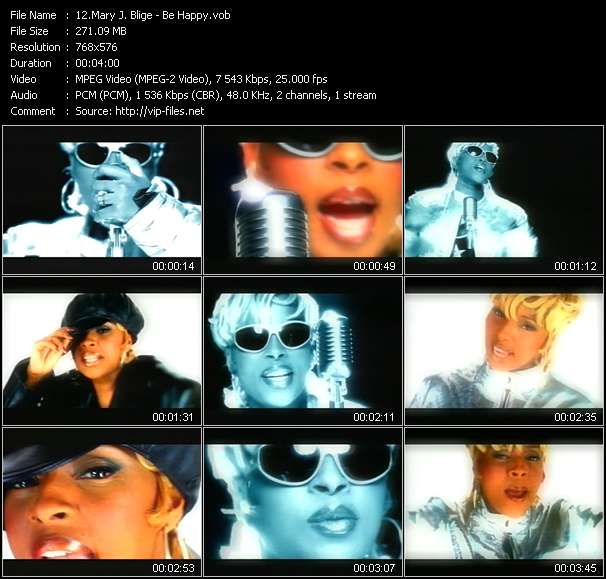 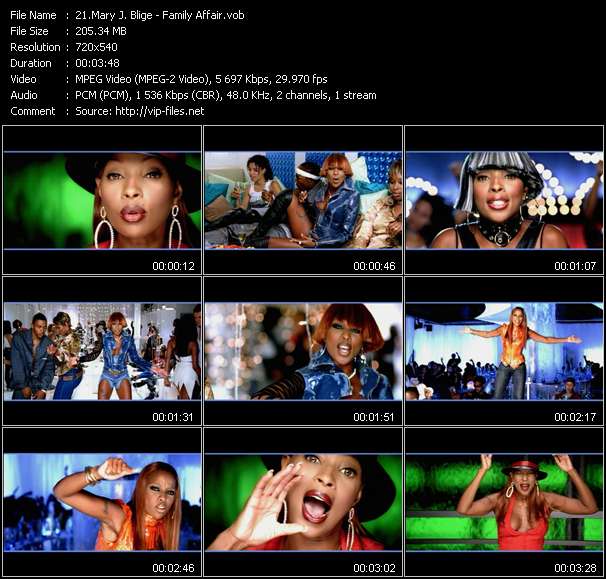 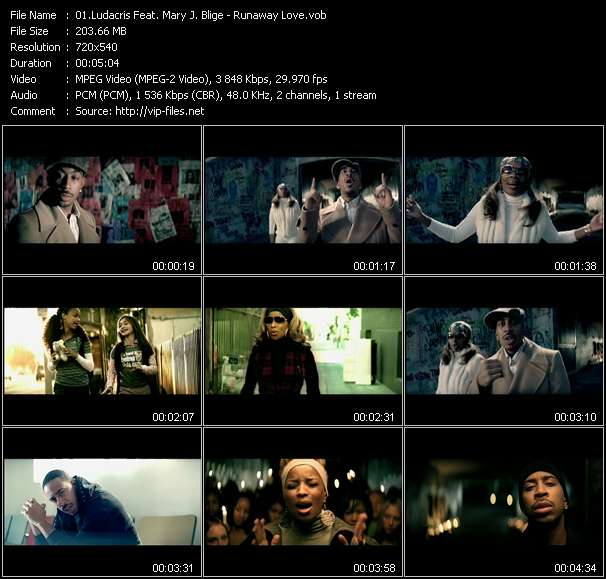 Mary J. Blige music video Take Me As I Am

Mary J. Blige music video You Don't Have To Worry

Mary J. Blige music video Be Without You

Mary J. Blige music video Love Is All We Need

Mary Jane Blige (; born January 11, 1971), known professionally as Mary J. Blige, is an American singer, songwriter, record producer and actress. Starting her career as a background singer on Uptown Records in 1989, Blige released her first album, What's the 411?, in 1992, and has released 11 studio albums since and made over 150 guest appearances on other albums and soundtracks.
A recipient of nine Grammy Awards, in addition to receiving a record of thirty Grammy nominations, eight of Blige's albums have reached multi-platinum status in the United States. My Life, in particular, is considered among the greatest albums ever recorded according to Rolling Stone, and Vibe. For her part in combining hip-hop and soul in the early-1990s and its subsequent commercial success, Blige received the Legends Award at the World Music Awards. Blige also received the Voice of Music Award from music publishing company ASCAP, with its official Jeanie Weems stating that "[Blige's] music has been the voice of inspiration to women worldwide in both struggle and triumph."
As of 2013, Blige has sold more than 50 million albums and 15 million singles worldwide. The magazine also lists her 2006 song "Be Without You" as the top R&B song of the 2000s, as it spent an unparalleled 15 weeks atop the Hot R&B/Hip-Hop Songs chart. Moreover, she is ranked number 100 on the list of "100 greatest singers of all time" by Rolling Stone magazine.
Blige also earned high remarks for her work in film. She starred in the 2009 Tyler Perry box-office hit I Can Do Bad All By Myself and played a role in the film Rock of Ages, which was released to theaters in 2012. She received a Golden Globe Award nomination for her musical contribution to the film The Help. She was originally named to play music icon Nina Simone in the 2013 biopic Nina. The scent went on to win two FiFi Awards, including the "Fragrance Sales Breakthrough" award.