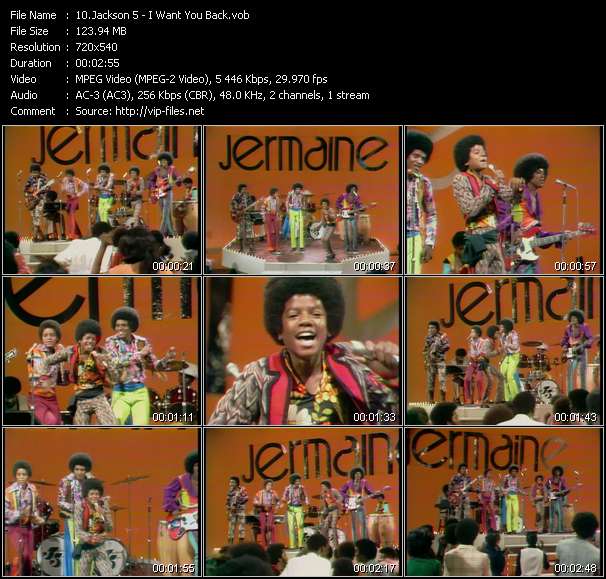 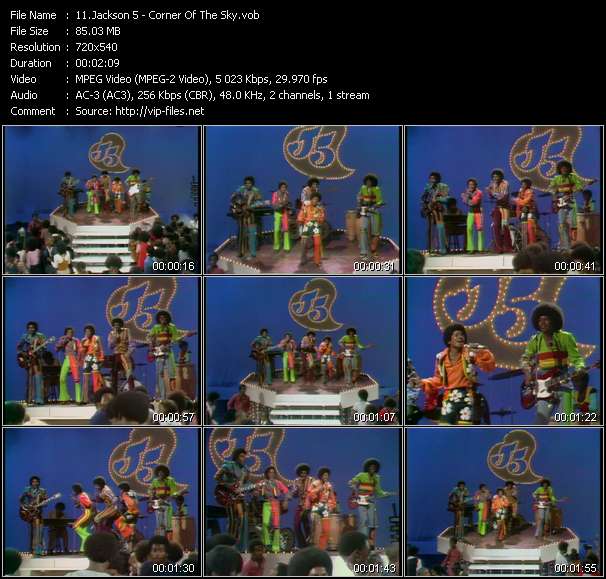 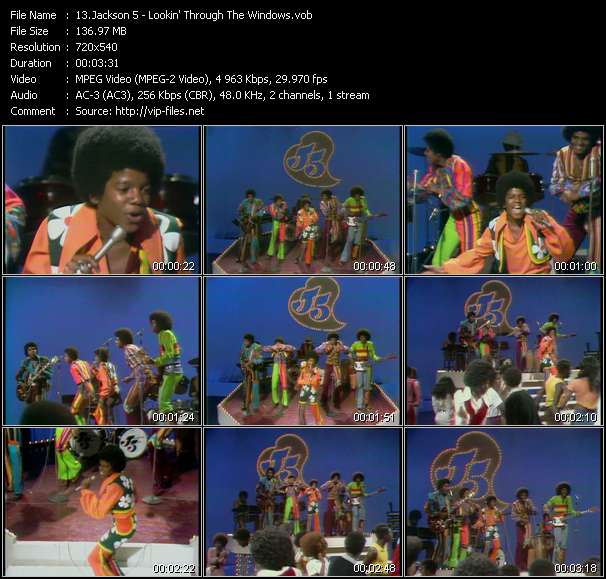 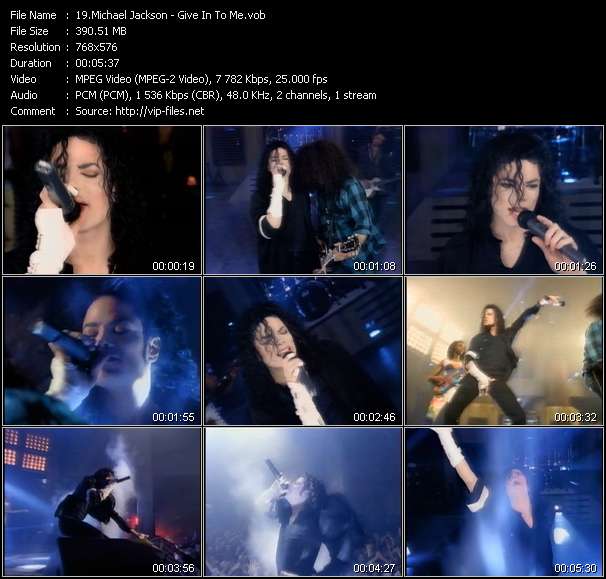 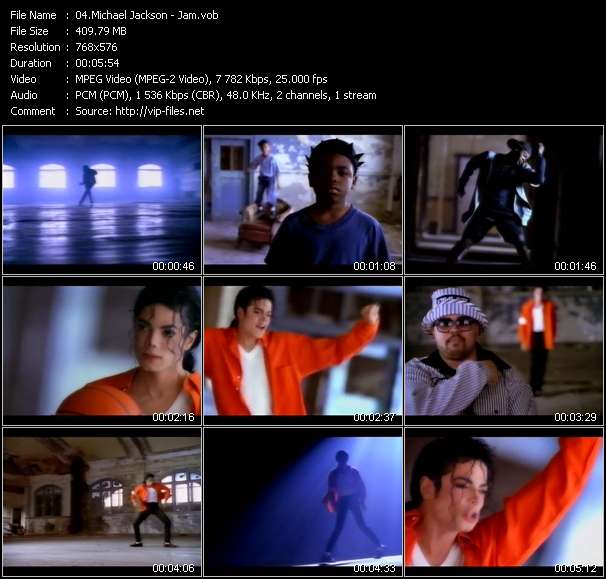 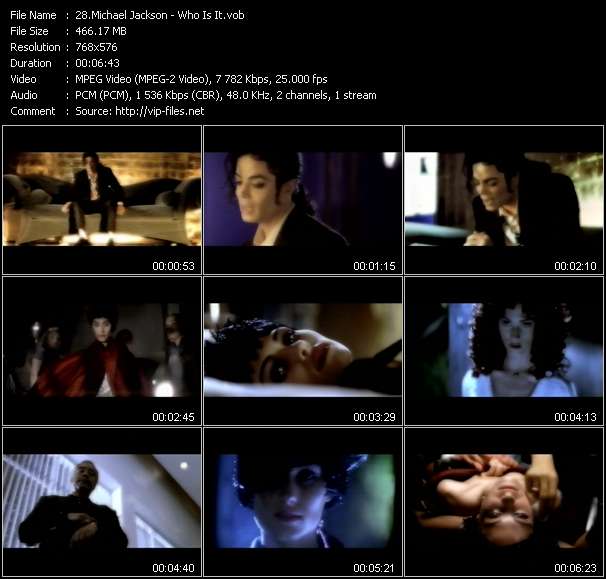 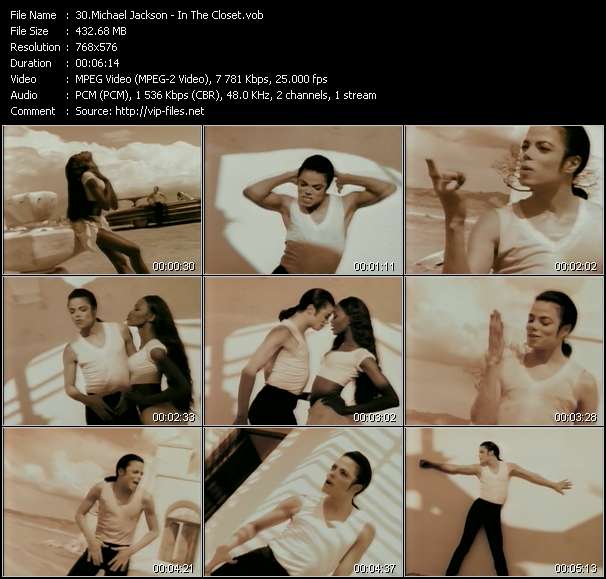 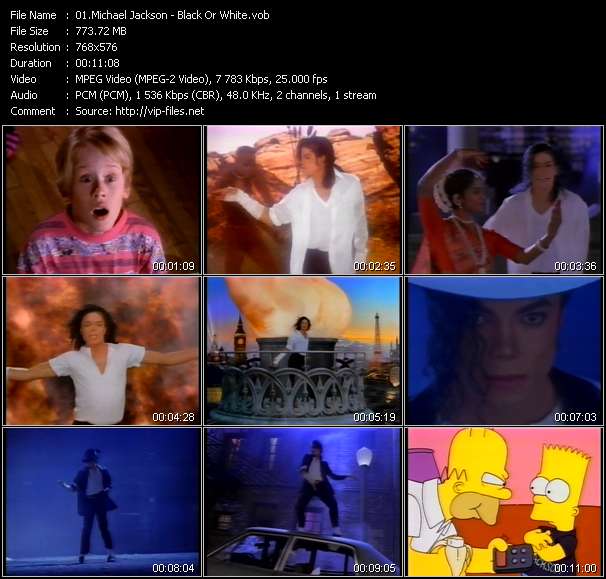 Michael Jackson And The Jacksons (Jackson 5) music video I Want You Back (From "Soul Train" Episode 35, October 7, 1972)

Michael Jackson music video Give In To Me

Michael Jackson music video Who Is It

Michael Jackson music video Will You Be There (From "Free Willy")

Michael Jackson music video The Way You Make Me Feel

Michael Joseph Jackson his contributions to music, dance, and fashion, along with his publicized personal life, made him a global figure in popular culture for over four decades.
The eighth child of the Jackson family, he debuted on the professional music scene along with his elder brothers Jackie, Tito, Jermaine, and Marlon as a member of The Jackson 5 in 1964, and began his solo career in 1971. In the early 1980s, Jackson became a dominant figure in popular music. The music videos for his songs, including those of "Beat It", "Billie Jean", and "Thriller", were credited with breaking down racial barriers and with transforming the medium into an art form and promotional tool. The popularity of these videos helped to bring the then-relatively-new television channel MTV to fame. With videos such as "Black or White" and "Scream", he continued to innovate the medium throughout the 1990s, as well as forging a reputation as a touring solo artist. Through stage and video performances, Jackson popularized a number of complicated dance techniques, such as the robot and the moonwalk, to which he gave the name. His distinctive sound and style has influenced numerous hip hop, post-disco, contemporary R&B, pop, and rock artists.
Jackson's 1982 album Thriller is the best-selling album of all time. His other albums, including Off the Wall (1979), Bad (1987), Dangerous (1991), and HIStory (1995), also rank among the world's best-selling. Jackson is one of the few artists to have been inducted into the Rock and Roll Hall of Fame twice. He was also inducted into the Songwriter's Hall of Fame and the Dance Hall of Fame as the first and only dancer from pop and rock music. His other achievements include multiple Guinness World Records; 13 Grammy Awards as well as the Grammy Legend Award and the Grammy Lifetime Achievement Award; 26 American Music Awards, more than any other artist, including the "Artist of the Century" and "Artist of the 1980s"; 13 number-one singles in the United States in his solo career, more than any other male artist in the Hot 100 era; and the estimated sale of over 400 million records worldwide. Jackson has won hundreds of awards, making him the most-awarded recording artist in the history of popular music. In what would have been Jackson's 52nd birthday on August 29, 2010, he became the most downloaded artist of all time in Nokia Music Store. Jackson became the first artist in history to have a top ten single in the Billboard Hot 100 in five different decades when "Love Never Felt So Good" reached number nine on May 21, 2014.
Aspects of Jackson's personal life, including his changing appearance, personal relationships, and behavior, generated controversy. In the mid-1990s, he was accused of child sexual abuse, but the case was settled out of court for about $25 million and no formal charges were brought.