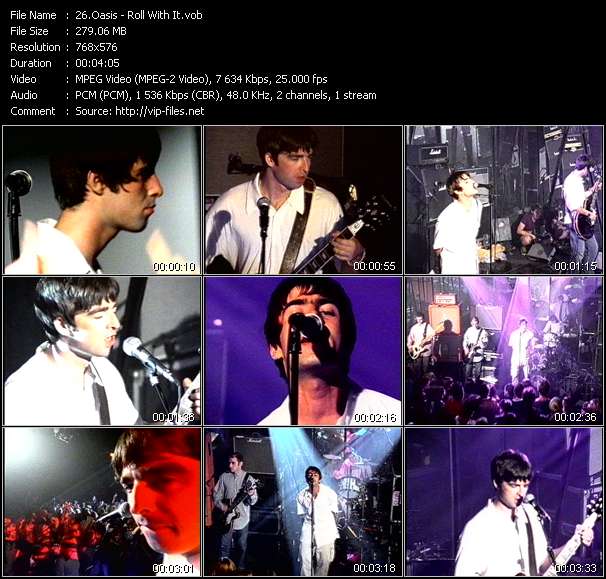 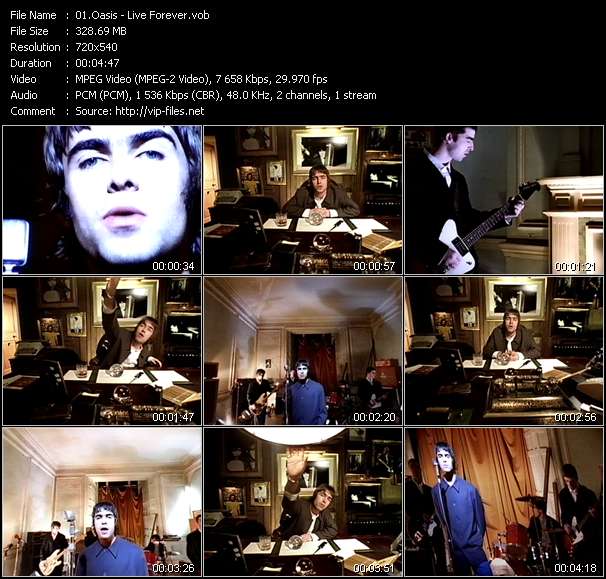 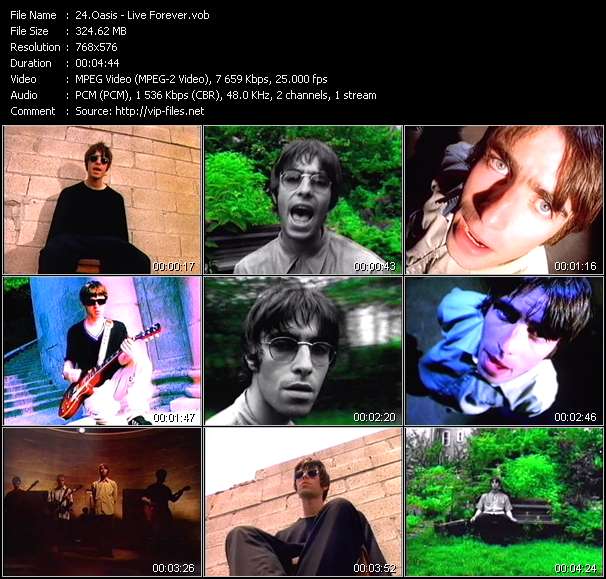 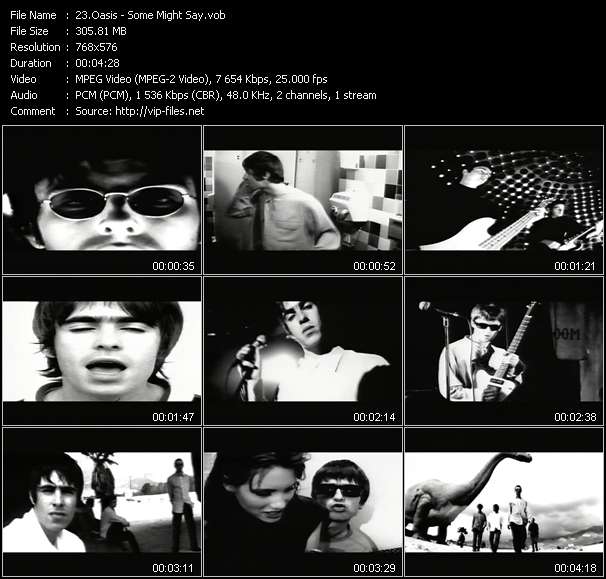 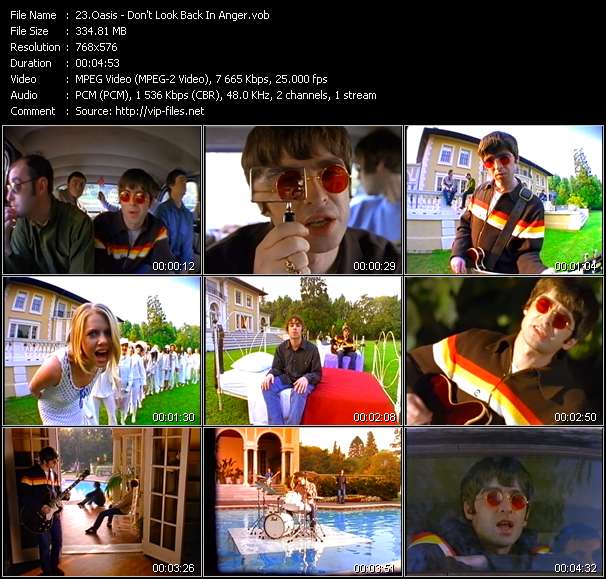 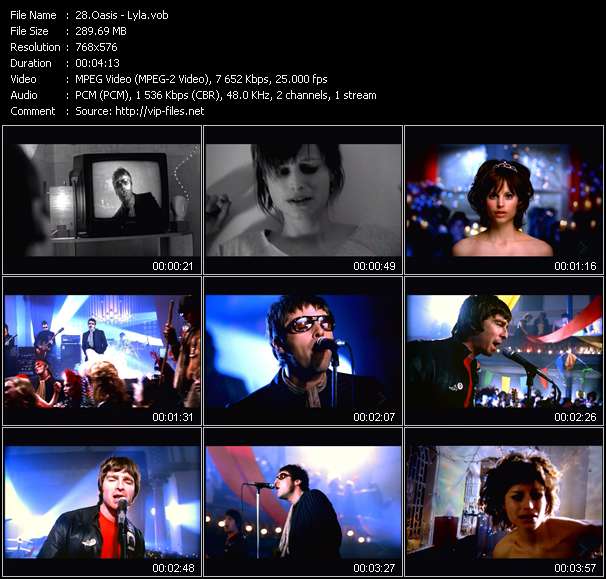 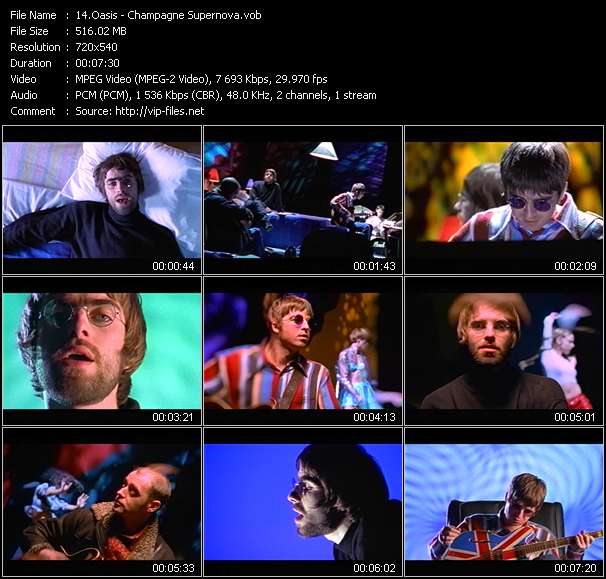 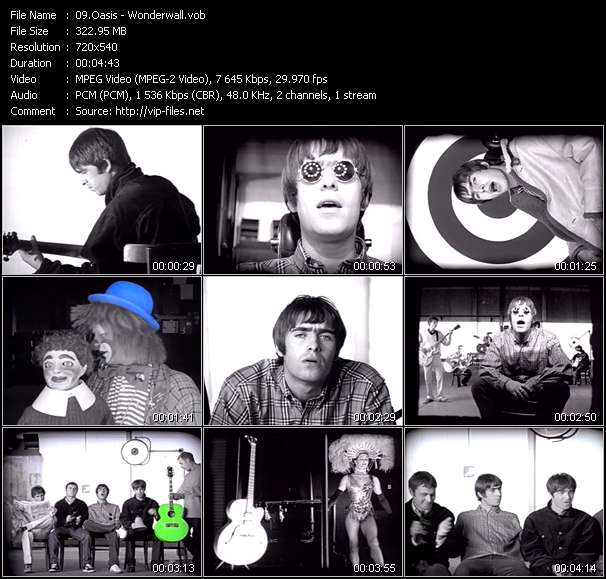 Oasis music video Roll With It

Oasis music video All Around The World

Oasis were an English rock band formed in Manchester in 1991. Developed from an earlier group, the Rain, the band consisted of Liam Gallagher (vocals and tambourine), Paul "Bonehead" Arthurs (guitar), Paul "Guigsy" McGuigan (bass guitar), and Tony McCarroll (drums, percussion). They were later joined by Liam's older brother Noel Gallagher (lead guitar and vocals) as a fifth member, becoming the band's settled line-up until April 1995.
Oasis signed to independent record label Creation Records in 1993 and released their record-setting debut album Definitely Maybe (1994). The following year the band recorded (What's the Story) Morning Glory? (1995) with their new drummer Alan White in the midst of a rivalry with Britpop peers Blur in the charts. The Gallagher brothers were featured regularly in tabloid newspapers for their sibling disputes and wild lifestyles. In 1997 Oasis released their third album, Be Here Now (1997), and although it became the fastest-selling album in UK chart history, the album's popularity tapered off quickly. McGuigan and Arthurs left Oasis in 1999 as the band went on to record and release Standing on the Shoulder of Giants (2000). After their departures, they were replaced by Gem Archer and Andy Bell who joined the group for the tour in support of Standing on the Shoulder of Giants, which had moderate success. Their fifth studio album Heathen Chemistry (2002) saw Noel Gallagher's releasing strict creative control in the band's output with all members contributing songs, which led to more relaxed recording sessions. In 2004 the band were joined by The Who's drummer Zak Starkey, replacing Alan White, and found renewed success and popularity with Don't Believe the Truth (2005). The band, comprising the remaining members of Oasis and led by Liam Gallagher, decided to continue working together under the name Beady Eye, while Noel went on to form his solo project Noel Gallagher's High Flying Birds.
Oasis have had eight UK number-one singles and eight UK number-one albums, and won fifteen NME Awards, nine Q Awards, four MTV Europe Music Awards and six Brit Awards, including one in 2007 for Outstanding Contribution to Music and one for the Best Album of the Last 30 Years as voted by BBC Radio 2 listeners; they have been nominated for three Grammy Awards. By 2009, the band had sold an estimated 70 million records worldwide. The band also holds the Guinness World Record for being the most successful act in the UK between the years 1995 and 2005, spending 765 weeks in the Top 75 singles and albums charts.