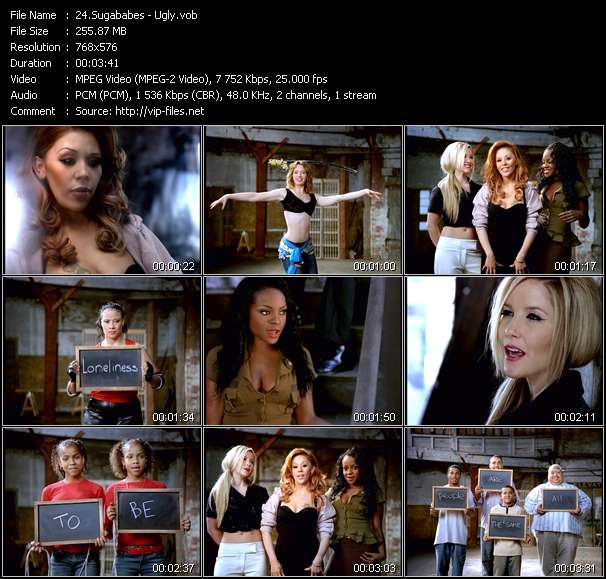 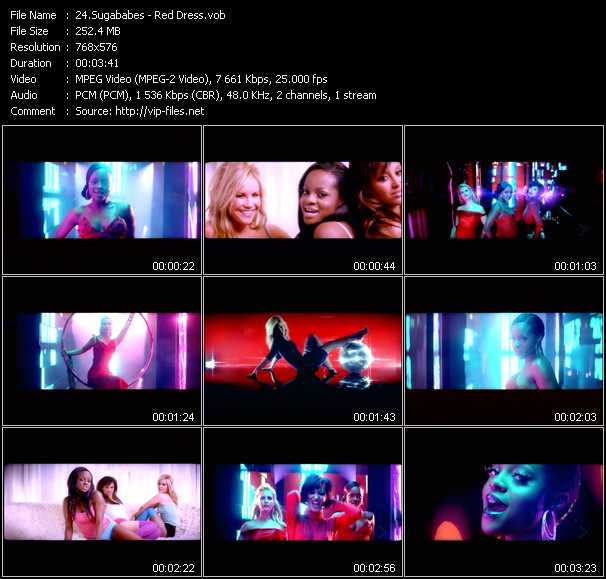 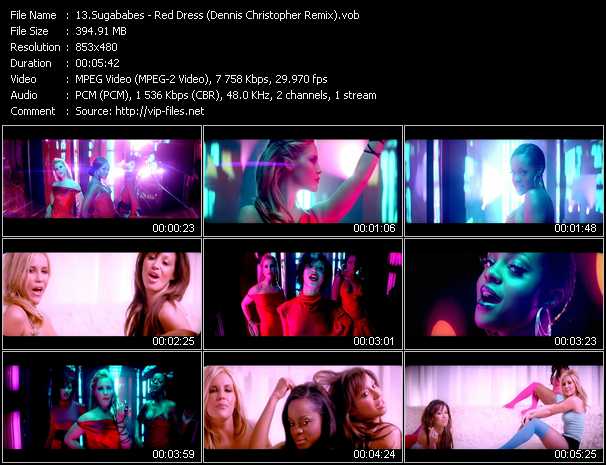 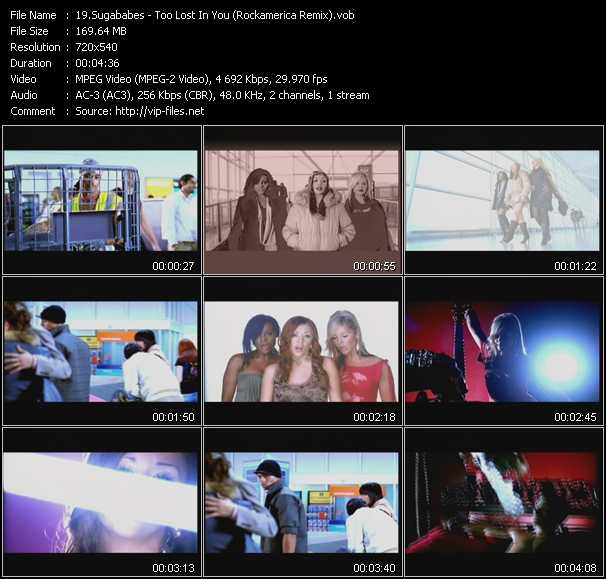 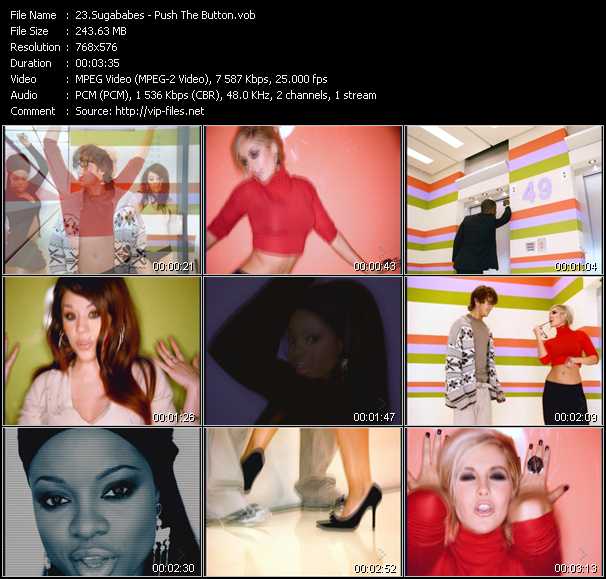 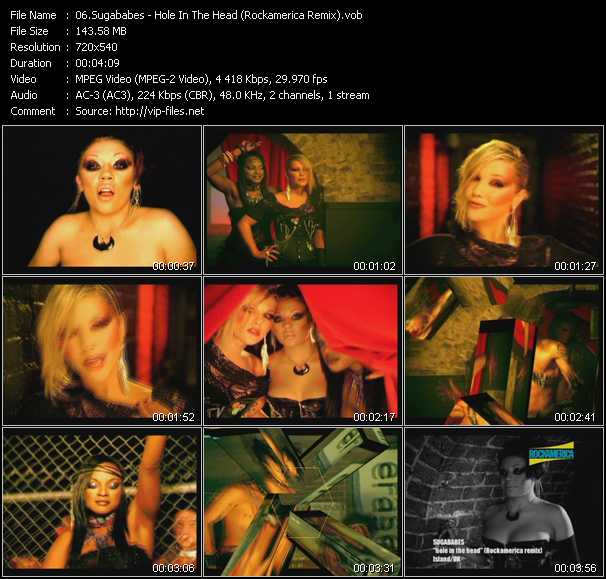 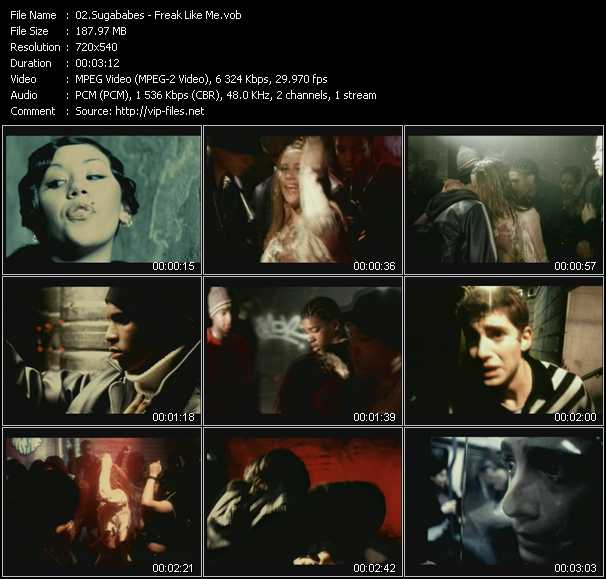 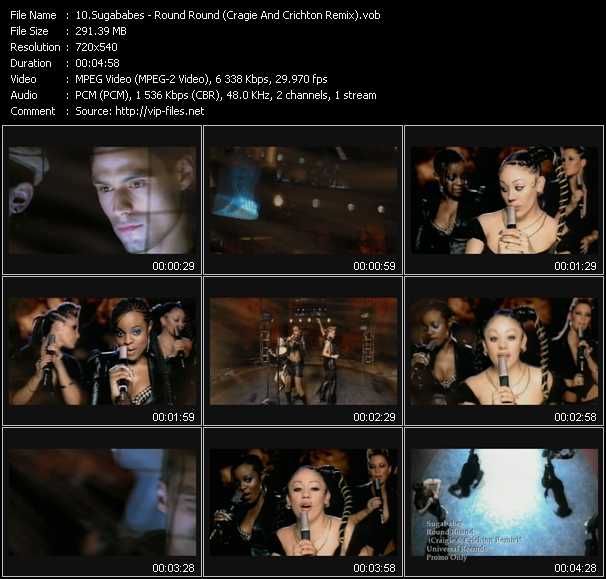 Sugababes music video Too Lost In You (Rockamerica Remix)

Sugababes music video Round Round (Cragie And Crichton Remix)

Sugababes music video About You Now (Spencer And Hill Remix)

Sugababes music video Round Round

Sugababes music video In The Middle

Sasha (Sasha Alexander) - Samantha Mumba - Sugababes music video Let Me Be The One - Baby, Come Over (This Is Our Night) - Overload

Multi-ethnic U.K. trio Sugababes jumped aboard the teen pop bandwagon prior to the new millennium and exuded their own sassy demeanor without the frivolity of most mainstream acts. Siobhan Donaghy, Keisha Buchanan, and Mutya Buena were barely in their teens when they formed in 1998, sharing a liking of garage, hip-hop, and dance music. Initially, Sugababes were three friends who enjoyed singing along to the radio. Buchanan and Buena had been pals since primary school, and a chance meeting with Donaghy molded a fierce bond. A career in music wasn't intentional, yet a deal with London surfaced in 2000. Studio time with producer Cameron McVey (All Saints, Pete Tong) led to One Touch, which was released during the summer of 2001 and featured a dozen tracks co-written by the girls, including the smash hit "Overload." Sales didn't meet London's expectations. The group was subsequently dropped. During the fall of 2001, rumors swirled about Donaghy's departure. Buena and Buchanan denied that Donaghy was kicked out of the group, but she was nonetheless gone after a four-year run. Heidi Range, one of the pre-chart members of Atomic Kitten, became her replacement, and Angels with Dirty Faces ( the group's second album ) was released through a new deal with Island by the end of 2002. The Richard X-produced "Freak Like Me," a cover of Adina Howard's 1995 R&B hit that featured a bolstered version of Tubeway Army's "Are Friends Electric" as its backdrop, debuted as a number one hit in the U.K. The Xenomania-produced "Round Round" followed suit with identical success. Three, released in late 2003, fittingly topped out at number three on the U.K. album chart. It spawned another U.K. number one, "Hole in the Head," which even managed to scrape the Hot 100 in the U.S. and hit the top of the same country's dance chart. Amazingly, the group was never given much of a push stateside. Taller in More Ways, the fourth album, followed roughly two years later and eclipsed the group's already successful run by reaching the top of the U.K. album chart. Shortly after its release, Buena left the group on good terms, citing personal reasons. Amelle Berrabah's entry into the group prompted a re-release of Taller that featured her vocals on a handful of cuts; Buena's work was left intact on a few others, and the album eventually gained platinum status. Overloaded: The Singles Collection was out by the end of 2006. Change, an album that contained the chart-topping single "About You Now," was released in 2007, and it was followed by 2008's Catfights and Spotlights. Prior to completing 2010's Sweet 7, Buchanan was removed from the group and subsequently replaced by Jade Ewen, who had competed unsuccessfully as the British entrant in the 2009 Eurovision Song Contest. Sugababes' lineup no longer featured any of the original membership. Despite all the negative publicity and an upset fan base, a handful of singles off Sweet 7 reached the U.K. Top Ten. In 2011, the trio began sessions for their eighth release and in the same year ended their long-term relationship with Island Records in favor for a deal with Sony Music’s RCA. Progress on the record was curtailed in 2012 when the group went on hiatus and chose to concentrate on solo projects, which included Range’s appearance on British TV series Dancing on Ice while Berrabah worked on her solo career.