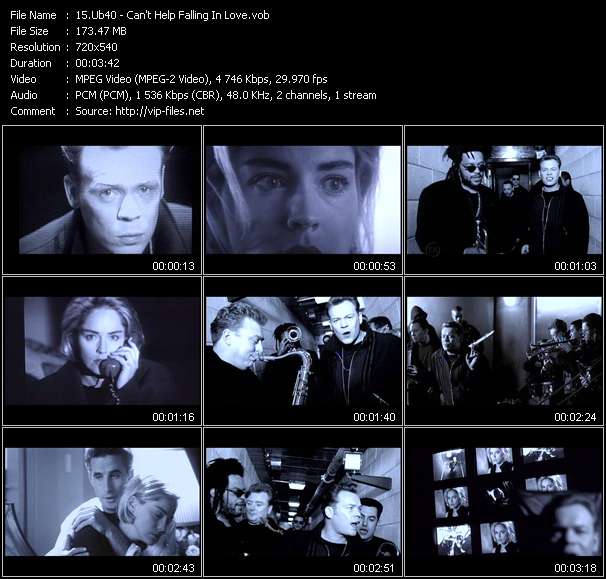 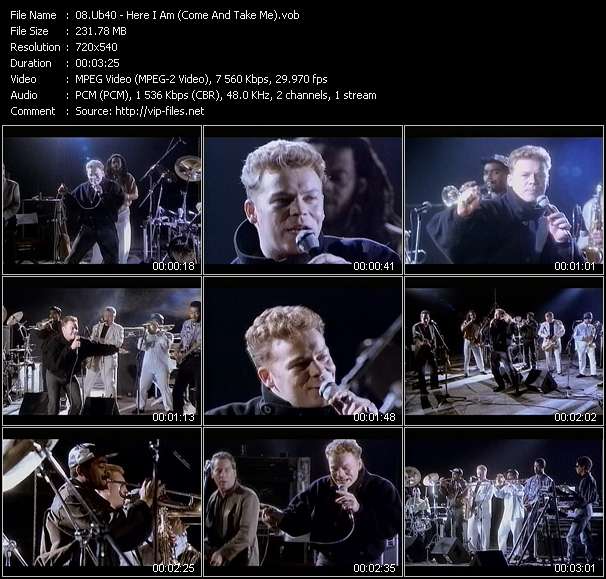 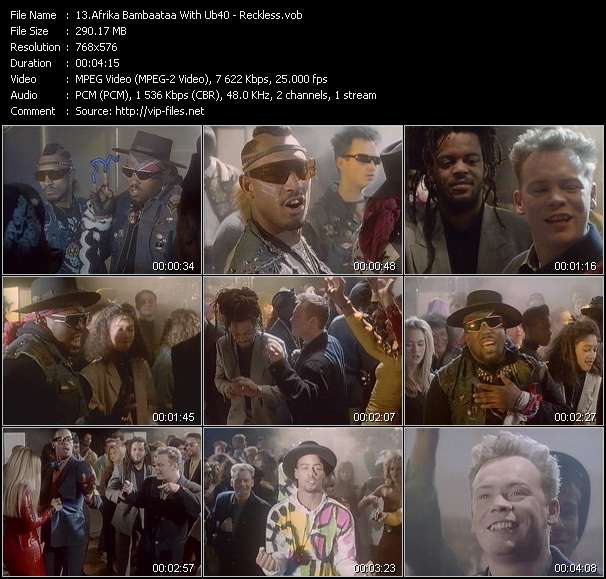 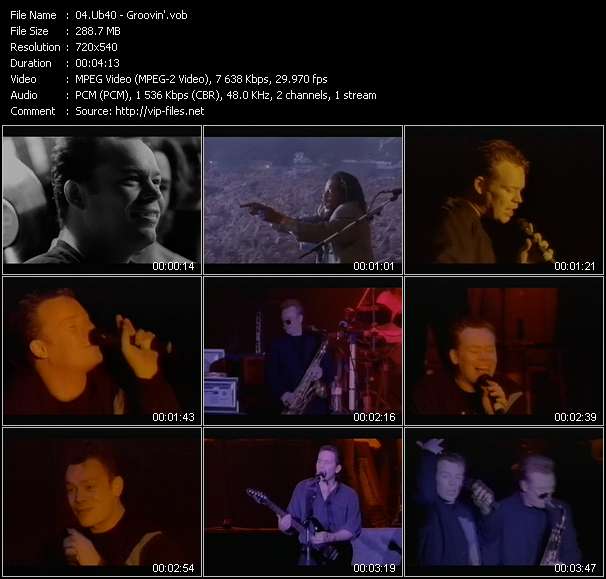 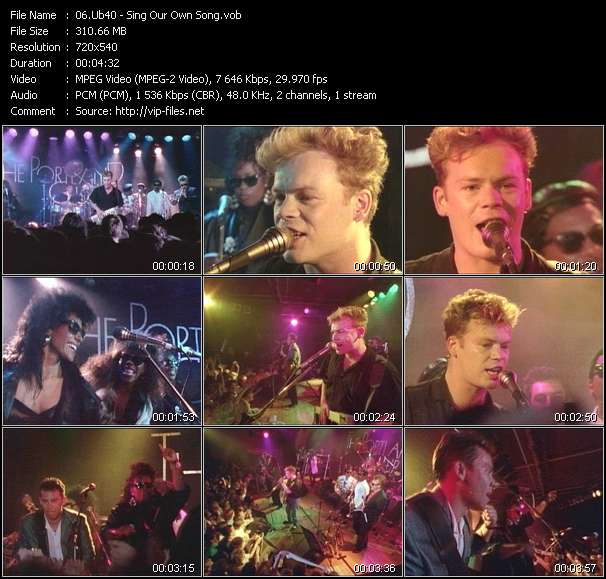 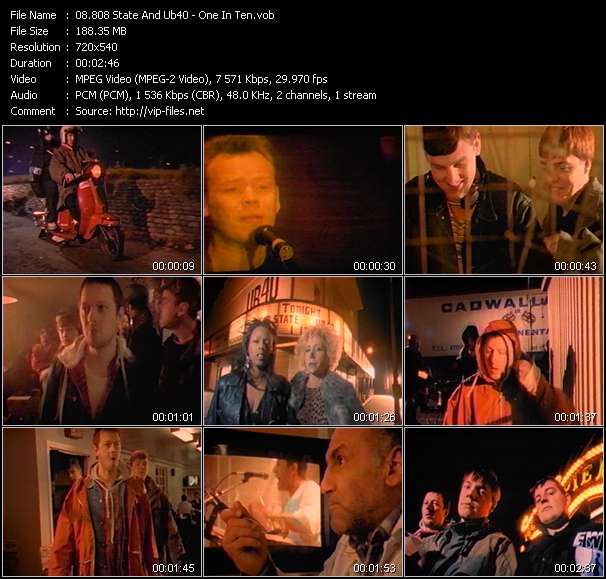 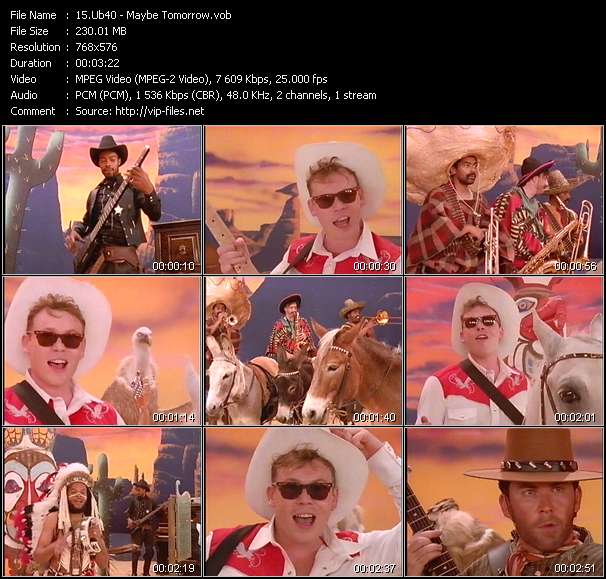 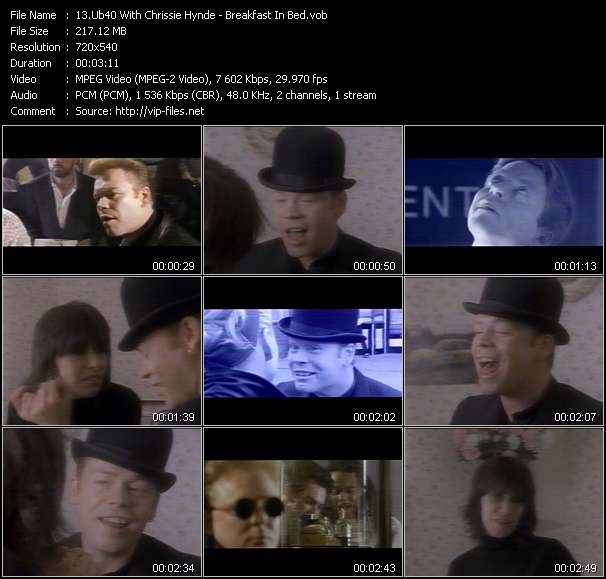 Ub40 music video Here I Am (Come And Take Me)

Ub40 music video The Way You Do The Things You Do

Ub40 music video Tell Me Is It True

Ub40 And Chrissie Hynde music video I Got You Babe

UB40
Jimmy Brown
Robin Campbell
Earl Falconer
Norman Hassan
Brian Travers
Duncan Campbell
UB40 Reunited
Astro
Ali Campbell
Mickey Virtue
UB40 are a British reggae/pop band formed in 1978 in Birmingham, England. The band has had more than 50 singles in the UK Singles Chart, and has also achieved considerable international success. They have been nominated for the Grammy Award for Best Reggae Album four times, and in 1984 were nominated for the Brit Award for Best British Group. One of the world's best-selling music artists, UB40 have sold over 70 million records.
Their hit singles include their debut "Food for Thought" and two U.S. Billboard Hot 100 number ones with "Red Red Wine" and "Can't Help Falling in Love". Both of these also topped the UK Singles Chart, as did the band's version of "I Got You Babe".
The ethnic makeup of the band's original lineup was diverse, with musicians of English, Scottish, Irish, Yemeni and Jamaican parentage. Ali Campbell left the band in 2008 after 30 years with the band, and has since released four reggae-themed solo collections, along with Virtue, who left UB40 soon after Ali, joining him on keyboards. Astro remained with the original band until November 2013, when he left to team up again with Campbell and Virtue in a new version of UB40. The new Ali Campbell album "Silhouette" (featuring Astro and Virtue) is released October 6th on Cooking Vinyl.